In a strange and surprising twist, Nintendo has announced revised models of the 3DS and 3DS XL. Simply dubbed the “New 3DS” and “New 3DS XL” for now, the new handhelds were initially unveiled for Japan, and have since been confirmed for at least European territories, with North America not yet explicitly confirmed, but no doubt set to follow.

Why? Because apparently, the improvements to these handhelds aren’t merely cosmetic! The revisions will add two additional shoulder buttons on the top of the handheld, the same ZL and ZR buttons from the Wii Classic Controller and various Wii U controllers, a second, smaller analog C-Pad, similar to the GameCube Controller’s C-Stick, a buit-in micro-SD Card slot, and built-in support for Nintendo’s new line of Amiibo figurines, which have so far mainly been touted for Wii U games like Mario Kart 8 and Super Smash Bros. for Wii U. This predictably means that certain 3DS games to come will only be supported by the new handhelds.

On top of the changes to button scheme and features, some cosmetic improvements have also been made to the new handhelds as well. Most welcome of these is the increased stability of the 3D effect, which will now be maintained, even if the handheld is viewed from the side, or otherwise an angle beyond straight ahead, as the current 3DS and 3DS XL models demand. The 3D capability of the new handhelds is also said to be more potent, despite both having improved lighting and battery life, complete with automatic lighting adjustm

ent sensor. In one final cute touch, the X, Y, B and A buttons have also been coloured for the first time, with X being blue, A being red, B being yellow, and Y being green, making them resemble Xbox or Sega Dreamcast controller buttons.

If you want to further customize the design of your handheld, the new 3DS and 3DS XL will also boast collectible face plates, almost 40 different kinds in fact! This allows you to add certain shapes and patterns to the handheld’s exterior, or perhaps even giving it the face of beloved Nintendo characters like Mario, Luigi or Link. 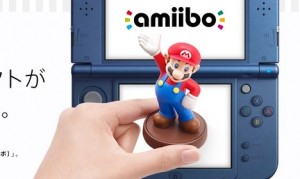 As if that weren’t enough, an improved CPU will be built into the new handhelds, which is another reason why certain future 3DS titles won’t be supported by the current 3DS line of handhelds. Essentially, it’s similar to how certain later Nintendo 64 games required the Expansion Pak peripheral to run effectively, or even be played at all. The improved CPU will not only lead to larger, more visually ambitious and beautiful 3DS games, but will also drastically reduce load times, particularly when navigating the external menus, and while browsing and making purchases from the 3DS eShop.

Sadly, there doesn’t seem to be a 2DS option for these “New” Nintendo 3DS handhelds, if you were hoping for a cheaper 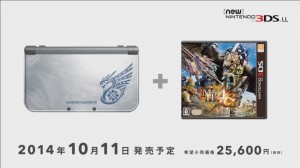 option, and were willing to sacrifice the more stable and potent 3D effects that are said to be built into these new handhelds.

These new handhelds appear to be an increased effort by Nintendo to tailor their machines more to core gamers. Mario creator and Nintendo Entertainment Development head, Shigeru Miyamoto recently stated in an interview with Edge Magazine that the company now feels that courting casual and non-committed gamers is no longer necessary, since the influx of smart devices has sated that market, despite the colossal success of their former Wii and DS platforms, and their casual gamer appeal. Miyamoto specifically called out what he dubbed, “Passive gamers” as people who demand entertainment in an entitled, “Pathetic” fashion, rather than the passionate core gamers, who love the idea of new gaming experiences, and continually challenging the perception of established video game tropes.

We’ll be sure to keep a close eye on the development of the new Nintendo 3DS and 3DS XL, so keep channeling Eggplante for all of your news and updates on the 3DS line of handhelds, and Nintendo at large!