After a leaked roster of fighters claimed that several debuting Nintendo characters would make their way to the rosters of upcoming crossover brawlers, Super Smash Bros. for Nintendo 3DS and Super Smash Bros. for Wii U, at least one of those claims has turned out to be accurate. Nintendo has announced, complete with trailer, that Shulk from Xenoblade Chronicles will be a playable fighter in the new games. 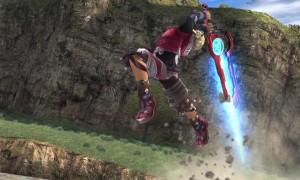 Shulk is shown to be able to customize the functions of his Monado blade, just like in the game he hails from, which alter the offensive and defensive traits of his fighting style on the fly. In true Japanese fashion, he also announces his attacks before executing them. Lastly, in what is presumably his Final Smash attack, Shulk summons some of his allies from Xenoblade Chronicles to gang up on a helpless foe, before knocking them into the stratosphere.

Shulk, naturally, seems to be all about flexibility and adaptation, much moreso than many of the other Super Smash Bros. fighters. He still appears to have sword-fighting traits, but the ability to switch his fighting style and the Monado tactics, makes him a very unique and especially strategic fighter for the Super Smash Bros. ranks. 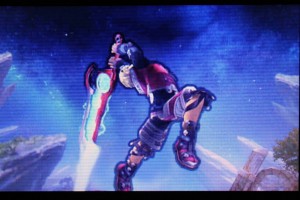 Despite initially releasing very late in North America, and exclusive to Gamestop to boot, Xenoblade Chronicles is a huge hit, particularly in Japan and Europe, where it debuted early. The RPG is considered to be one of the best games in the entire Wii library, and initially commanded very high prices at online retailers, before a brief reprint in North America, in response to the game’s massive popularity and demand. Thanks to the recently-announced new 3DS and 3DS XL handhelds, Xenoblade Chronicles will soon be going portable as well, only playable on the New 3DS and New 3DS XL.

Eggplante will continue to blast you all of your news and updates on Super Smash Bros.