Here are our thoughts on the announcements:

Fire Emblem Warriors Three Hopes was announced as a spin-off of Three Houses. A welcome surprise and worthy successor to a very popular game that is not part of Nintendo’s stable of usual system-sellers, this made for a great introduction, and the game launches this June.

An absolute out-of-nowhere announcement, the Kyoto-based company is returning to the Mario Strikers series with Battle League. The game looks whimsical and fun, and is one of the first Mario sports games that isn’t tennis or golf in quite a while (we’ve had five combined Mario Tennis and Mario Golf instalments since the last Strikers). 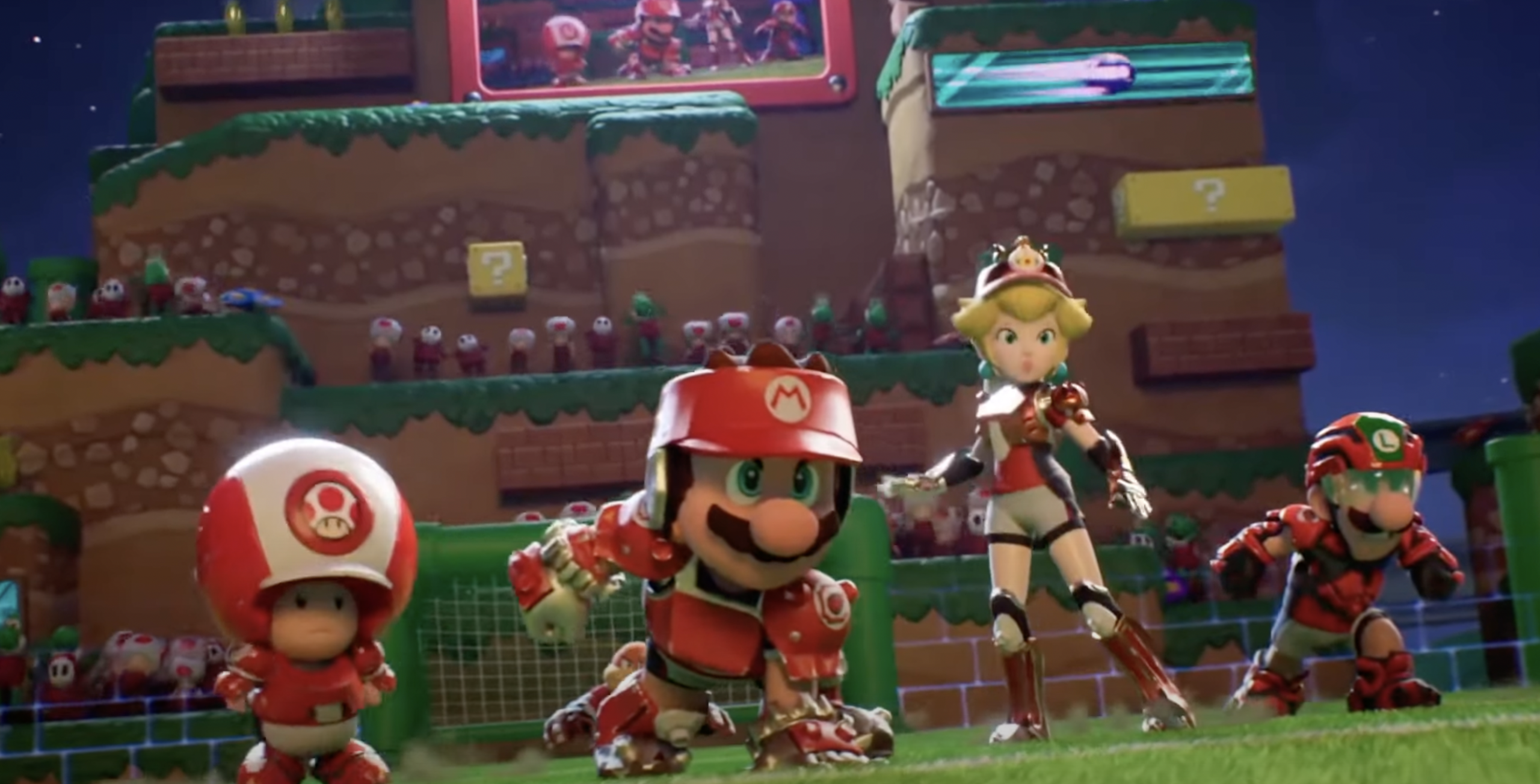 Splatoon 3 got a trailer, but a super weird one. The audio was terrible, and it seemed like my speakers were broken. Sure, it was an artistic choice, and art is subjective, but this was subjectively terrible. The game mode they announced looked interesting, however. Splatoon 3 launches this Summer.

Kirby and the Forgotten Land got what is likely its final big gameplay trailer before the game launches on March 25th, and it showed everyone’s favourite pink ball (okay, we’re not counting Jigglypuff here) with a ton of new abilities. The strangest and coolest of all is Mouthful Mode, where Kirby can’t quite inhale and ingest an object, but wraps itself around it to take control of it. Cars, scissor-lifts, light bulbs, and even vending machines are just some of the items Kirby can take control of. Sounds like a Cappy-inspired game mechanic to me, and I’m all for it.

An even bigger out-of-nowhere announcement, continuing the sports theme, is Nintendo Switch Sports, a reimagined take on the Wii Sports series that became one of the most popular games of all time, if only because it was a free pack-in title with one of the most popular consoles of all time, the Wii. It’s completely elevated and looks like very much like its own game rather than a small upgrade with a few new sports.

Mario Kart then got some news, and I got excited. Like, real excited. And then they announced paid DLC. I don’t mind the company making a buck, but paid DLC for the existing Mario Kart 8 Deluxe means those rumours of Mario Kart 9 happening anytime soon get tossed right out the window.

Mario Kart 8 Deluxe Booster Course Pass is a $25 (USD) ongoing DLC pack, with six waves of 8 courses per wave, to be released through the end of 2023. Nintendo surely sees a way to keep Mario Kart 8 Deluxe fans playing the game, and even new people buying the title as time goes on, so adding a whopping 48 courses (all remastered from throughout the series, dating all the way back to the original Super Nintendo game Super Mario Kart) is an excellent way to do that. But I can’t help but be disappointed that Nintendo is choosing their existing game to add all this content to when they could have done this with Mario Kart 9 instead.

It’s clear that Nintendo felt they needed to keep up the ongoing release of new content, the same way they have been doing with Smash Bros. over the last few years. Since announcing the final character to be Sora in September 2021, this will set them on another large DLC run for one of their next largest games on the platform.

The Direct wrapped with Xenoblade Chronicles 3, and while I’m not personally a Xenoblade fan, this game is going to make a lot of people very happy, so seeing another entry in the series was a welcome announcement.

This crop of games and news was interspersed among news of remakes, ports, remasters, and a few new titles and updates. Games like No Man’s Sky and Portal and Japanese-only (until now) Live Alive are heading to Switch this year. Others like Earthbound and Earthbound Beginnings arrived on Nintendo Switch Online immediately following the Direct presentation. Metroid Dread is also getting updated super-difficult and super-easy settings called Dread Mode and Rookie Mode, respectively.

But, sigh, this leaves out a few key what-could’ve-been mammoth games.

Mario Kart 9, which has been long rumoured, was nowhere to be seen, unfortunately. DLC is nice, but Mario Kart 8, off of which Deluxe is based, of course, was released on the Wii U in 2014. We have never had this much time between console versions of an entry in the Mario Kart franchise, and with this DLC distribution going through the end of 2023, we know we’ve got at least another two years before rumblings of Mario Kart 9 start up again.

Bayonetta 3 was only recently shown in September, but given its release this year, I expected to see at least a bit more of the game, or perhaps a quick update with a release window.

While it may be a pipe dream, literally and figuratively, a new entry in the Mario franchise would’ve been an easy way to make this Direct an absolute banger. It didn’t need to be a follow-up to Odyssey; a quasi-2D game or smaller title like 3D World would’ve quenched our thirst for a new Mario title. Though Kirby and the Forgotten Land does admittedly make us yearn for that capture mechanic again. 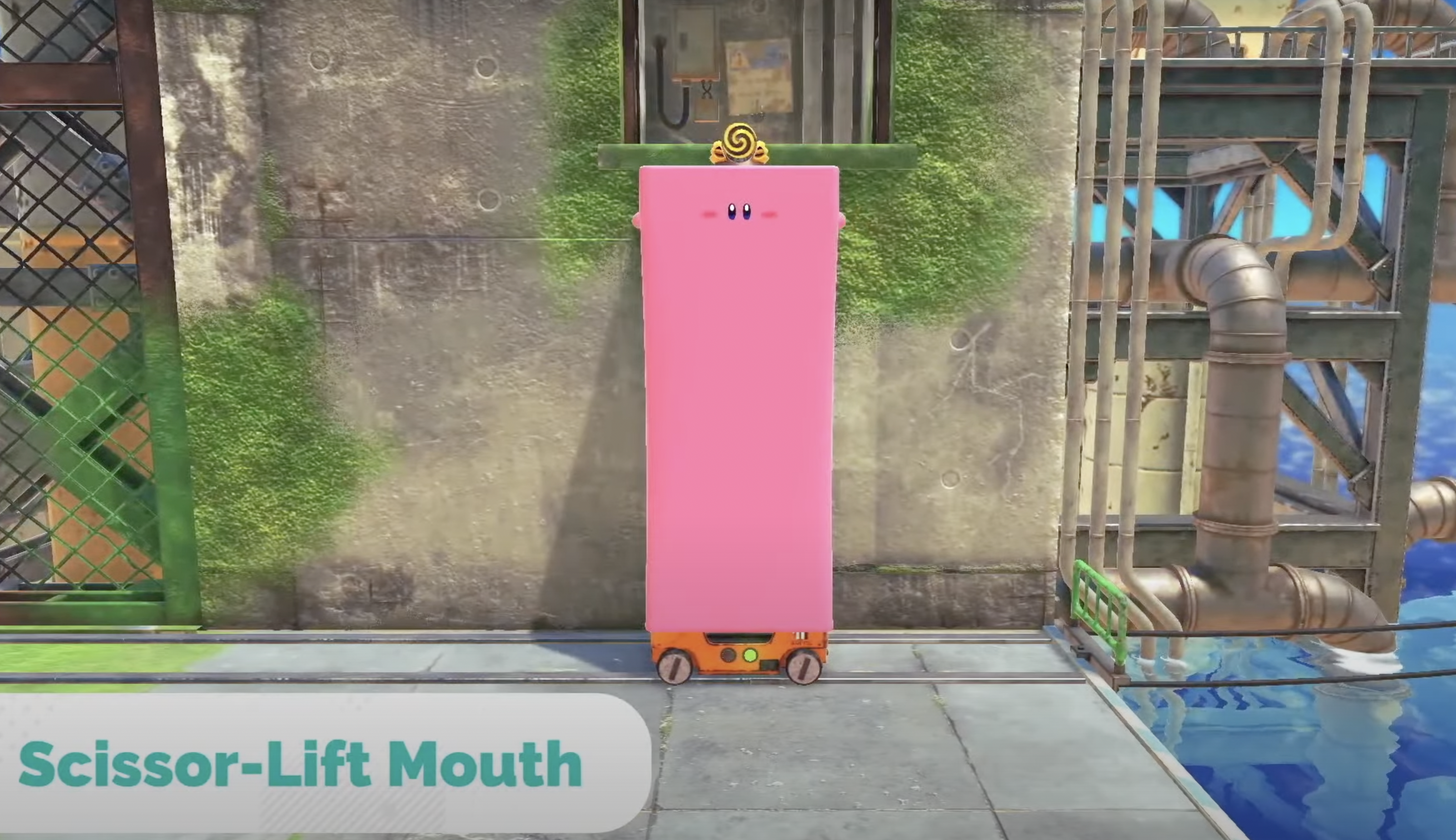 And of course: the sequel to The Legend of Zelda: Breath of the Wild.

But alas, Mr. Aonuma was nowhere to be found in this Nintendo Direct. Despite it being nearly eight months since the last trailer for the game, and the fact that Nintendo is still intending to release the game in 2022, it would have been wonderful to see Link and Zelda in a new trailer for the game, or perhaps even just a few screenshots and a release window. The fact that we saw nothing doesn’t bode well for the release actually happening this year. Though it does make me wonder if we’ll be seeing a Zelda Direct in the near future. That certainly wouldn’t be the worst thing.

Oh, and don’t even get me started on Metroid Prime 4.

Nintendo had a successful Direct. It certainly wasn’t its worst in the series, and it packed a lot of middle-of-the-road surprises, and a couple of eyebrow-raises. But the surprises fell flat among the rumours and speculation of what could have been.