Nintendo has been really coming out swinging with their apparent re-affirmed commitment to core gamers. Following a barrage of new announcements today, despite the Mario Maker opting out of this year’s Penny Arcade Expo beyond the featuring of their new Super Smash Bros. games, Nintendo has also revealed a bunch of new bundles for their established hardware. All of these bundles are set to come to retail sometime next month, and will serve as the first wave of Nintendo’s hardware bundles for the Holiday Season. 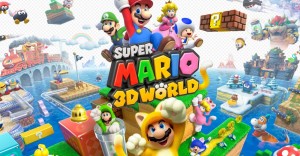 First, a new $299.99 USD bundle should prove quite tempting to those still holding out on a Wii U purchase. The bundle includes the Deluxe 32GB Wii U console, as well as physical copies of both the Wii U’s flagship minigame collection, Nintendo Land, and last year’s immensely acclaimed 3D platformer, Super Mario 3D World! This is no doubt the best deal that the Wii U has offered yet, so if you’re on the fence about purchasing the console, this should mark your best incentive to date!

If you were bummed about missing out on the sold-out and in-demand Mario Kart 8 bundle, far and away the best-selling Wii U bundle to date, you may get another chance, as a 32GB Deluxe Wii U console is being bundled with a physical copy of Mario Kart 8, along with a physical copy of Nintendo Land. This bundle will also retail for $299.99 USD. The catch however is that it will no longer offer the Wii Remote and Wii Wheel in the former Mario Kart 8 bundle, which will have been replaced by the copy of Nintendo Land. The other catch is that this bundle is only being stocked by 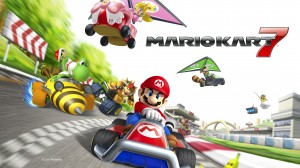 Wal-Mart, so bear that in mind.

Lastly, a trio of new 2DS bundles are on the way, which all contain a digital download voucher for Mario Kart 7. They will be three different colour options for the 2DS itself; Crimson Red, Electric Blue and Sea Green. All three will retail for $129.99 USD.

There don’t appear to be new 3DS or 3DS XL bundles confirmed at this point, though perhaps that’s not surprising, given today’s announcement of the New 3DS and New 3DS XL.

Keep revisting Eggplante for all of your news and updates on Nintendo and Nintendo hardware bundles.