Ubisoft’s anticipated open-world racing game, The Crew has wrapped its closed beta on PC, and now it’s time to extend an early access build to next-gen consoles! So far, it doesn’t seem like a beta is being planned at all for the last-gen Xbox 360 version of the game. 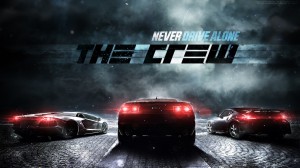 Players who own either (or both) of the next-gen consoles can register for the closed beta at: http://thecrew-game.ubi.com. From there, click on the ‘Beta’ tab, and you can select whether you want to register for the PlayStation 4 beta, or the Xbox One beta. If you’re selected, you should be E-mailed with a beta code around the time of the beta’s next-gen console launch in late September.

Be advised that in order to sign up for the beta on either console, you must have a UPlay acount! If you don’t have one, you’ll have to create one. It doesn’t take long to do however.

The Crew launches for PC, PlayStation 4, Xbox One, and Xbox 360 on November 11th. Ubisoft has confirmed that there are no plans to develop a PlayStation 3 or Wii U version. The game allows players to create their own virtual crew of racers, challenging rivals and moving across a virtual representation of the U.S. countryside. Even in single-player, players can rack up scores and a reputation, continually challenging other players to best their own accomplishments.

Eggplante will continue to race you any news and updates on The Crew.