After years of rumours, speculation and all sorts of hush-hush meetings with DC, Dwayne Johnson took to Twitter today to finally lay out his upcoming contribution to the DC Cinematic Universe; He will, as has been rumoured for years, portray Black Adam, arch-nemesis of DC superhero, Shazam! 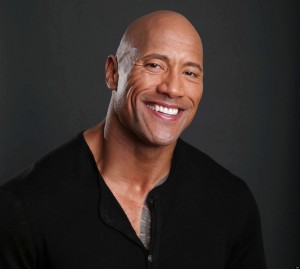 This pretty well confirms that Warner Bros. and DC are fast-tracking a movie about Shazam, formerly known as Captain Marvel, before the DC Comics Universe was entirely rebooted with the New 52 line of comics. Captain Marvel was originally a creation of the now-defunct Fawcett Comics, with DC acquiring the character, arguably Fawcett’s most popular character, following Fawcett closing up shop in 1953. As you can imagine however, DC’s rival, Marvel owns the trademark on the name, ‘Captain Marvel’, which is now being used by Carol Danvers, who formerly went under the superhero moniker, Ms. Marvel. Thus, DC had to advertise Captain Marvel by his catchphrase, “Shazam!” on any of his comics, with the character now having been permanently renamed ‘Shazam’ following the New 52 comics reboot, due to Marvel’s trademark.

The fictional word, “Shazam!” is shouted by young boy, Billy Batson to turn into the adult superhero of the same name. Shazam is an acronym that references the combined powers of several mythological and historical figures; Solomon (Wisdom), Hercules (Strength), Atlas (Fortitude), Zeus (Sorcery), Achilles (Courage), Mercury (Speed). All of these abilities and traits are channeled into Shazam upon Billy’s transformation, giving him strength, speed, flight and durability that rivals Superman’s, as well as the ability to command magic lightning bolts.

Black Adam is another character to wield Shazam’s powers, originally being an ancient Egyptian named ‘Teth-Adam’. He is corrupted by his abilities and uses them to seize control of ancient Egypt, being banished to a faraway star by the wizard who granted him his powers afterward. Black Adam spends 5,000 years simply flying back to Earth, just in time to become the greatest enemy of Shazam, his good-natured superhero counterpart.

Johnson has already had experience playing a supernatural villain from ancient Egypt, interestingly enough. Early in his movie career, he was best known for portraying The Scorpion King in The Mummy Returns, as well as the first spin-off movie about the character.

DC has set release dates for nine unknown shared DC Cinematic Universe films all the way through to 2020 at this point. So far, the only DC Cinematic Universe-set movie is last year’s Superman movie reboot, Man of Steel, with the next being Batman v Superman: Dawn of Justice, set to debut in theatres on March 25th, 2016. It’s heavily rumoured that the mystery movie sharing 2016 with Batman v Superman: Dawn of Justice is a movie centering on Shazam, and this rumour is gaining even more ground, now that credible Hollywood source, Variety has revealed that Jack the Giant Slayer’s Darren Lemke has been hired by Warner Bros. to write the script for a Shazam movie.

Adding to this speculation is the fact that Warner Bros. registered website URL’s for four movies yesterday; A Justice League movie, an Aquaman movie, a Wonder Woman movie, and, naturally, a Shazam movie. This appears to be the first wave of DC Cinematic Universe movies to follow Batman v Superman: Dawn of Justice, with the Wonder Woman and Aquaman movies likely being the mystery 2017 flicks, due to Wonder Woman being confirmed to appear in Batman v Superman: Dawn of Justice, and Aquaman heavily rumoured to make his debut in that movie as well. This would indeed place Shazam as the 2016 movie, with the crossover Justice League movie opening as rumoured in 2018, if our math is right.

This is all speculation on our part however, and we’ll be sure to report back when Warner Bros. and DC give official word on when to expect Shazam in theatres.

Keep flying back to Eggplante for all of your news and updates on the DC Cinematic Universe.