Some good news for most, and a potential mite of bad news for a selection of Grand Theft Auto fans. The good news is that we now know when last year’s top smash hit gaming blockbuster, Grand Theft Auto V is releasing for next-gen consoles and PC. The bad news however is that PC gamers will be waiting a bit longer to play the game on their computer. 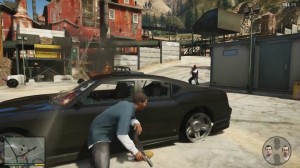 To start, Grand Theft Auto V comes to PlayStation 4 and Xbox One on November 18th. The PC version however has been bumped to January 27th of next year. Rockstar Games gave no explanation for the delay, but it’s likely due to simple bug fixing and perhaps some added time for optimization, particularly considering that this is a game primarily designed to be played on a console. Given that Grand Theft Auto IV launched with a slew of bugs and technical issues in its belated PC incarnation back in 2008, it makes sense that Rockstar would want to be careful that Grand Theft Auto V doesn’t ship for PC in the same unpolished state. 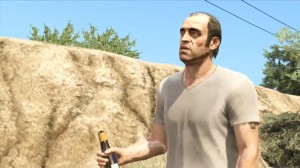 If you plan to simply stick with your last-gen version of Grand Theft Auto V on Xbox 360 or PlayStation 3, Rockstar will still be providing you with some goodies to celebrate the launch of the next-gen releases. Rockstar plans to add new, rarer versions of several vehicles in the last-gen builds, including the Dukes, the Dodo Seaplane, and both a faster and more maneuverable blimp. There will also be some new activities added soon, including wildlife photography and a shooting range.

Grand Theft Auto V stands as last year’s most successful game release, just ahead of Pokemon X and Pokemon Y on the Nintendo 3DS. The game has now sold upwards of 17 million copies worldwide, on Xbox 360 and PlayStation 3 alone, and shattered numerous records in the process, including being one of the most successful game launches of all time (though this is now being threatened by the recently-launched Destiny), and making an insane amount of money for Rockstar, which is good, since it has one of the largest budgets of any video game made to date (though again, this is being threatened by Destiny).

Keep swerving back to Eggplante for all of your news and updates on the Grand Theft Auto series.