Ubisoft has set a date for the long-delayed Wii U version of their cyber-vigilante-themed open-world game, Watch Dogs. Nintendo gamers can finally dive into the world of Aiden Pearce on November 18th. 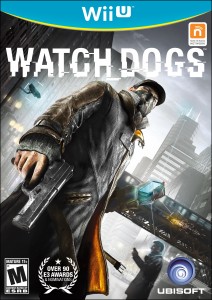 Previously, Watch Dogs launched for PC, Xbox 360, PlayStation 3, PlayStation 4, and Xbox One at the end of this past May, after being delayed from a planned November 2013 launch. It has generated strong sales and solid critical reception (due to other commitments, we will be withholding our review until the Wii U version launches), though has also gotten some backlash in the gaming community for being over-hyped, particularly since the game became an inadvertent laughingstock amongst gaming personalities due to its unprecedented amount of special editions that players could pre-order. More controversy was then unearthed when the graphics failed to match the initial E3 reveal in 2012, with boosted graphical options being inexplicably locked away from players in the PC version, which had already suffered numerous UPlay-related launch issues.

Watch Dogs also signals the apparent, “last mature game” that Ubisoft makes for Nintendo’s console as well, stating quite bluntly, “People don’t buy Assassin’s Creed for Wii U.” Beforehand, Ubisoft contributed not only two Assassin’s Creed games, but also survival-horror launch title, ZombiU to the Wii U. With that said, they still plan to support the platform, also stating that they still like the idea behind it on a separate occasion, and continuing to release their Just Dance games for it as well, which have sold most strongly on Nintendo platforms for the most part.

Keep scoping Eggplante for all of your news and updates on Watch Dogs.