Following the recent confirmation of the leaked Resident Evil: Revelations 2, fans had nothing more than some box art and a single piece of concept art to speculate about the game on. Now however, Capcom has opened up about what exactly the game will be about, and how it will be presented. 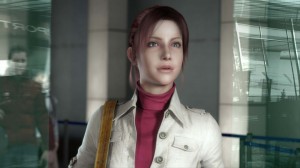 First and most importantly, the game’s protagonist and player character will be Claire Redfield, a character that fans haven’t seen in a proper starring role since 2000’s Resident Evil Code: Veronica, if one doesn’t count 2008’s straight-to-DVD CG interquel, Resident Evil: Degeneration anyway. Furthermore, Claire will be assisted by a supporting character, Moira Burton, the daughter of the original Resident Evil’s fan-favourite supporting character, Barry Burton. Moira won’t be able to fight, but Capcom has claimed that she will be able to assist Claire with providing light sources and healing.

Most interestingly though is that Resident Evil: Revelations 2 will not be released as a lump product, unlike its predecessor. Instead, Capcom will initially release the game in four episodes, claiming that well-placed cliffhangers will be in place to hold players’ interest. This appears to be something borrowed from Telltale, who employ similar tactics in their The Walking Dead games, also zombie-themed adventure titles, albeit with a heavy focus on narrative over anything else. Players will be able to pay $5.99 for each individual episode, or can purchase a Season Pass for $24.99, which automatically downloads each episode as they become available. 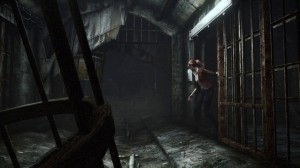 Is it just us, or is this pricing scheme a bit out of whack, considering how Season Passes are supposed to work? At least Capcom has promised some sort of additional content for those who buy the Season Pass, but they didn’t elaborate.

In any case, after all four episodes are released digitally, Capcom will then release the physical, disc-based versions of Resident Evil: Revelations 2 at retail, which will contain even more extras than their digital counterparts. Again however, Capcom didn’t elaborate on what this might entail.

Resident Evil: Revelations 2 will release both digitally and at retail next year, for PC, Xbox 360, PlayStation 3, PlayStation 4, and Xbox One, skipping out on Nintendo platforms this time, despite its predecessor launching as a Nintendo 3DS exclusive, and later releasing for Wii U the following year.

Keep shambling back to Eggplante for all of your news and updates on the Resident Evil series.