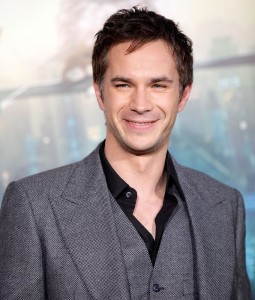 James D’Arcy, who most recently appeared in big screen comedy, Let’s Be Cops, has been cast to portray Jarvis on the Marvel Cinematic Universe-set miniseries, Agent Carter. In this incarnation, he’ll be Howard Stark’s butler instead of Tony’s, and will apparently prove to be a surprising ally to the show’s titular S.H.I.E.L.D. founder, Peggy Carter.

Previously, Jarvis was not a human character in the Marvel Cinematic Universe, unlike his comic book counterpart, but actually, an intricate A.I. called J.A.R.V.I.S., voiced by Paul Bettany, who neatly fit into any of Tony Stark’s computers, including his Iron Man armour. J.A.R.V.I.S. will take on a more active role in next year’s crossover sequel, Avengers: Age of Ultron as well, serving as the programming base for Marvel Comics android superhero, The Vision.

Previously, Howard Stark has been portrayed by two actors in the Marvel Cinematic Universe. The character’s younger persona was portrayed by Dominic Cooper in 2011’s Captain America: The First Avenger, with his older persona portrayed by John Slattery in 2010’s Iron Man 2. While it hasn’t been explicitly confirmed, it’s believed that Dominic Cooper will reprise the role for Agent Carter.

Agent Carter originally began as a Marvel One-Shot short film of the same name, detailing its title character’s attempts to move on from life after the apparent death of Steve Rogers/Captain America, following the events of Captain America: The First Avenger. The miniseries will continue to detail these events, with Hayley Atwell confirmed to reprise her role as Peggy Carter, in the first days of government organization, S.H.I.E.L.D. 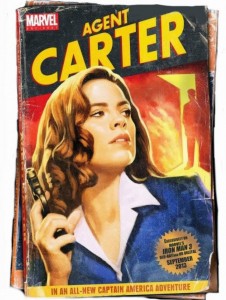 Agent Carter is set to air during the midseason break period of the upcoming second season of established Marvel Cinematic Universe-set television series, Agents of S.H.I.E.L.D., which begins its second season this coming Tuesday, September 23rd, at 9:00-10:00 P.M. EST.

Eggplante will continue to spy your news and updates on Agent Carter, and the Marvel Cinematic Universe at large.