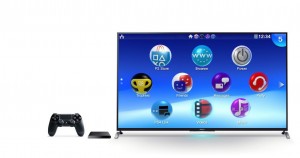 It’s already been available in Japan for nearly a year, but finally, the West will soon be able to get their hands on PlayStation TV! The micro console will be available on Tuesday, October 14th in North America. European gamers have to wait an extra month though, as PlayStation TV won’t launch in European territories until November 14th.

PlayStation TV will have a combined sum of compatible games totaling almost 700 even at launch, which will include big PlayStation Vita hits like Persona 4 Golden, Killzone: Mercenary, Dragon’s Crown and Rayman Origins, along with PlayStation Portable favourites like Patapon and Final Fantasy Tactics: War of the Lions, and timeless PlayStation classics such as Metal Gear Solid and Twisted Metal. Sony has also confirmed that the in-development PlayStation Vita version of Minecraft will also be compatible with PlayStation TV as soon as the game launches, despite creator, Mojang’s recent acquisition by Microsoft. 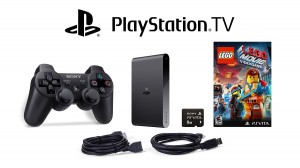 If you already own a PlayStation Vita, it’s doubtful that you would ever need to own PlayStation TV, unless you happen to be an avid collector of PlayStation goods. If you’ve held off on purchasing Sony’s handheld over concerns with pricing however, or perhaps failing to justify owning a portable dedicated gaming device for yourself, PlayStation TV offers you a simple, affordable way to enjoy many of the best PlayStation Vita features and games.

Keep surfing back to Eggplante for all news and updates on PlayStation hardware.