After a long seven years in development, Blizzard has sadly announced that Titan, the code name for a secret MMORPG that has lingered in development, has officially been canceled. Apparently, the studio pulled the plug on the game after nearly a decade of work, citing creative issues, and claiming that it just wasn’t turning into the game they wanted to make.

This may be small potatoes to the many devoted fans of Blizzard’s current and long-running MMORPG, World of Warcraft, but it’s sad news nonetheless. Titan was apparently the beginning of an all-new IP for Blizzard, who have mainly relied on Warcraft, Starcraft and Diablo throughout almost their entire history. At least some of us remember The Lost Vikings from the 16-bit era though.

While Blizzard was open about their development of Titan, actual details on the project were barely existent. It was apparently distinct from World of Warcraft in terms of gameplay and design, and was poised to stand alongside World of Warcraft as a sibling project on PC.

World of Warcraft has lost a few subscribers in recent years, but still has 6.8 million active players at present, and has a new expansion, World of Warcraft: Warlords of Draenor, in development for a release on November 13th of this year. Even now, the game holds the world record for the most subscribers and accounts created in MMORPG history. 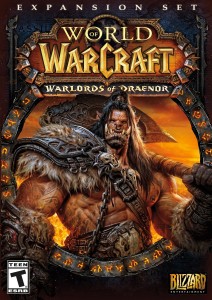 Are you sad to see Titan go? Could you not picture yourself abandoning World of Warcraft anyhow? As usual, your comments are welcome below.

Eggplante will continue to quest for your news and updates on Blizzard and their upcoming projects.