NOTE: Full spoilers for Agents of S.H.I.E.L.D.’s second season premiere, and first season finale, are present in this review.

Following the game-changing HYDRA takeover that started in Captain America: The Winter Soldier, and expanded throughout the latter portion of Agents of S.H.I.E.L.D.’s first season, the show’s titular organization remains in shambles. Nick Fury is off the grid, most of the Marvel Cinematic Universe’s friendly neighbourhood superheroes are indisposed or in hiding, and, to put it politely, everything has gone to hell.

The second season premiere of Agents of S.H.I.E.L.D. reflects this change very nicely, with noticeably bleaker cinematography and appearances for most of the lead cast. The crew has quite literally gone dark, as Coulson has taken it upon himself to rebuild S.H.I.E.L.D. with his own two hands, and Nick Fury’s blessing. Fortunately, even if Coulson and co. have to remain in the shadows, they’ve still taken it upon themselves to help their common man, protecting the world from the much weirder world.

The episode begins with a very cool flashback to 1945, where Peggy Carter and the Howling Commandos, with all roles reprised by Hayley Atwell and the rest from Captain America: The First Avenger, seize the apparent remaining HYDRA assets and artifacts, leading to Peggy thinking aloud that some organization needs to be responsible for guarding them. This will no doubt swing around again when miniseries, Agent Carter premieres during Agents of S.H.I.E.L.D.’s mid-season break, but for now, it’s back to the present day soon afterward.

Coulson’s crew, while rounding up lost and dangerous S.H.I.E.L.D. doodads, inadvertently stumbles across the same unidentified objects that got Peggy all hot and bothered so many years ago. Predictably, Colonel Talbot, now promoted to Brigadier General after he was allowed to rat out S.H.I.E.L.D.’s secret hideaway from the first season to the American government (in case you weren’t 100% positive that he was a careerist douche yet), did squat in terms of actually rooting out HYDRA, which is little surprise. This show needs villains after all, and if Coulson’s tracking program is any indication, there are plenty of villains in service to HYDRA left operating across the globe. 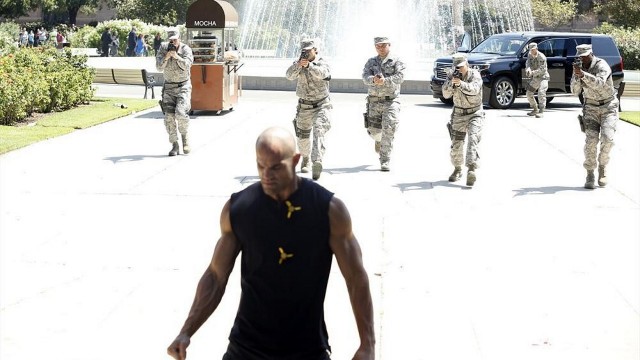 HYDRA still outnumbers S.H.I.E.L.D.’s remaining loyalists pretty fiercely, and this means that we hopefully have a very exciting second season ahead of us. Thankfully, the strong premiere for the new season seems to indicate that, yes, viewers have plenty to look forward to, even after S.H.I.E.L.D.’s apparent destruction.

The premiere hits the ground running with this revelation, as well as the surfacing of one of John Garrett’s former mercenaries, who just so happens to be Carl Creel, better known as Marvel’s Absorbing Man! Creel has the ability to alter his body molecules to any substance that he touches, and seeing his abilities on display lent themselves to some remarkably cool action sequences throughout the premiere. There’s even a very clever callback to Creel’s trademark ball-and-chain in the Marvel Comics, one that’s unfortunately over disappointingly quickly.

Creel was definitely a highlight, which is why it’s great news that he’s still at large for the season’s second episode to come. I’m happy that Agents of S.H.I.E.L.D. is possibly stepping up the super-villain count in its second season, since Coulson and his crew don’t have much incentive to hunt down nameless government threats anymore. 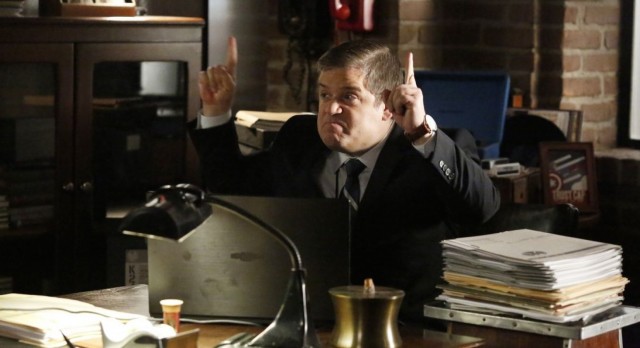 Actually, on the note of the crew, there’s a few new faces here, primarily Lance Hunter, played by Nick Blood, who appears to be a new regular for the leads. Hunter is a smart-ass Brit that injects an edgier brand of levity into the group, and a welcome one at that. It’s also very cool to see Lucy Lawless of Xena: Warrior Princess fame debut in the episode as Izzy Hartley, a former running mate of Coulson’s.

What’s frustrating about her character though is that she’s set up to be this capable and steadfast ally to Coulson, only to then be killed off at the end of the episode, immediately after a dramatic mishap that forces her to get her arm cut off in a fleeing vehicle. It made the drama of that moment feel cheap and wasted when Izzy just dies anyway after a subsequent crash, and that was one of the only elements of the premiere that felt mishandled.

As far as the established faces go, everyone definitely feels less juvenile than they often did during the first season. Skye has become a professional, capable S.H.I.E.L.D. agent in her own right, now studying under May after her experience with the treachery of Ward, and watching her interact with Ward during one especially tense prison scene shows just how effectively Chloe Bennet can stretch her role that she has now capably settled into. Seeing Skye almost spit every word at Ward through gritted teeth was very tense and rewarding, especially when Ward himself was played wonderfully ambiguously by Brett Dalton, with the viewer unsure of whether he’s genuinely working to be a better man, or is conspiring to manipulate Skye again as he did before. 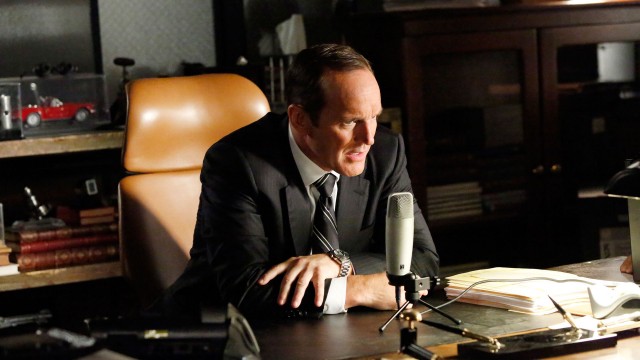 Hopefully, this ambiguity over whether or not Ward is truly evil continues to be explored. Frankly, it’s the most interesting that this character has ever been.

The real emotional impact of the episode came from Fitz however, who has suffered brain damage after his brave rescue by Simmons during the first season’s finale. Now confrontational and slow, Fitz is struggling to get back on track as the crew’s tech guy, arguing with Simmons’ patient encouragement all the while, but nonetheless kept going by her gentle support. It’s very dramatic and perfectly portrayed by both Iain de Caestecker and Elizabeth Henstridge,

Which is why it’s even more of a hit to the gut when the premiere episode has a twist conclusion that reveals Simmons actually left the crew, and Fitz has simply been arguing with himself the whole time, with “Simmons” being a figment of his imagination. It’s probably one of the most tragic and emotional moments in the show’s history to date, and it was masterfully executed. Yes, it probably won’t stick, since Simmons is bound to rejoin her friends eventually, just as Fitz will likely recover eventually, but it illustrates better than any moment before that Fitz truly can’t go on without Simmons at his side. 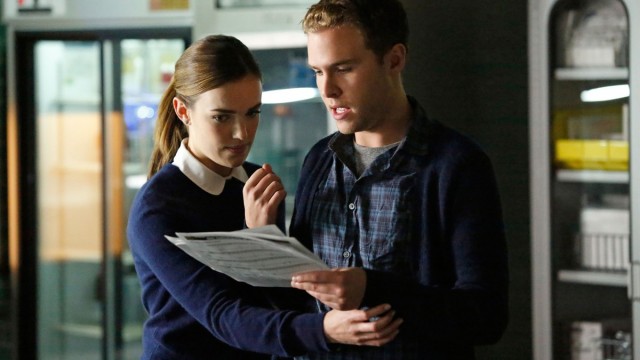 Agents of S.H.I.E.L.D, has taken audience feedback into account very well with its second season premiere, presenting an episode that shifts the focus to be both darker and cooler, without completely abandoning the humour or comic book-style wonder that the Marvel Cinematic Universe has always done so well. It’s already off to a strong start in its new season, and if it keeps effectively building on this new direction, it could truly be the excellent MCU companion series that Marvel always wanted it to be.