Unfolding directly from the events of the Season Two premiere for Agents of S.H.I.E.L.D., “Heavy is the Head” maintained the strength of the new season with more interesting and dreary events centered around Coulson’s team, along with a superb resolution to the struggle against Absorbing Man and The Obelisk.

The episode dealt heavily with a running motif of losing control. Lance Hunter gets captured and loses both his operation and the lives of his comrades, Fitz continues to struggle with losing control of his own mind, and Coulson struggles with control of both his operations and his mind. Hell, even the returning villain, Absorbing Man ran into some trouble keeping his own molecules under control, after his exposure to The Obelisk. 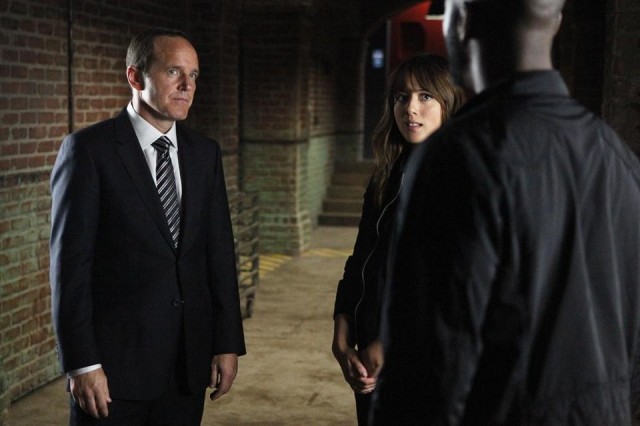 Once again, Carl Creel proved to be a fantastic antagonist, even in a more vulnerable state. The Absorbing Man continued to lend himself well to some very cool action scenes, namely a standout slow-motion moment where he turns to metal just in time to deflect a sniper bullet.

I was happy to see that the show didn’t ultimately kill off the character, even if he was subdued and turned to stone by Coulson and his handy tech. Absorbing Man has more possibilities in the Marvel Cinematic Universe, particularly being a high-profile enemy of The Hulk, and the way that the show used the villain as a bargaining chip for Coulson to arrange an understanding with Brigadier General Talbot, with Coulson offering captured villains to be locked up by his team and allowing Talbot to take credit for the arrests, was absolutely brilliant.

Fortunately, Fitz, along with new addition, Mac, were able to put their heads together enough in time to give Coulson the means to neutralize Creel. This episode continued to explore Fitz’s mental struggles very nicely, and the way that the episode had him interacting with both Mac and the imaginary Simmons, with Mac obviously being oblivious to the ‘third party’ in the conversation, continued to be both emotional and interesting. This second episode did a better job of allowing viewers to get to know Mac and his psychology, and I look forward to him continuing to be a part of the team when Simmons inevitably makes her proper return.

May and Skye weren’t given as much to do this episode, and Ward wasn’t even featured at all in fact, but at least May got a chance to participate in some small action moments. She also ended the episode on a cool note, where it’s revealed that Coulson has told her about his, “Episodes”, where he uncontrollably scrawls strange symbols on the wall in a trance-like state. We see May document the events, and this makes the most sense, given that May seems to be the one person that Coulson could trust with that big secret. 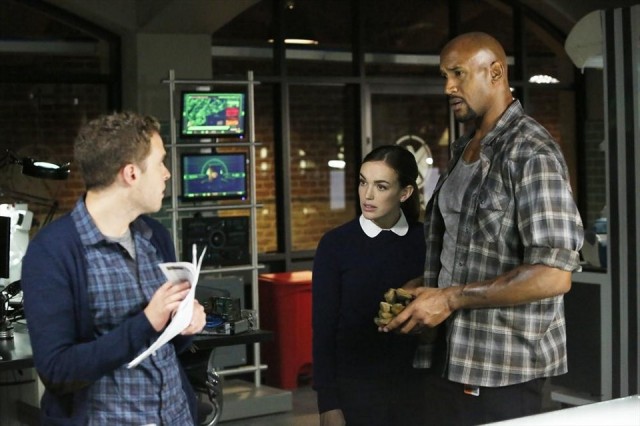 In fact, Lance’s arc this episode illustrated beautifully the kind of decisions and tribulations that Coulson faces as director. Lance is bribed by Talbot to betray his team, which Lance warns Coulson about, only to betray his team anyway when he thinks he has a shot at Creel. Lance having the condition with both Talbot and Coulson that Izzy Hartley receives a proper burial after her death in the former episode was sweet though, and again, we got a much better idea of who this character is, now that this second episode gave some backstory about who he was and how he thinks. The understanding that he and Coulson come to at the end, where Lance has to be the loose cannon because Coulson needs someone to do the wrong thing when it’s called for, cements his place on the team very nicely, and gives viewers plenty to look forward to with this new addition to Coulson’s crew.

Rounding off the arc with The Obelisk was the return of Raina, now appearing to work for Skye’s mysterious and potentially dangerous father. We don’t know much about Skye’s father at this point, but the fact that he seems to have knowledge of things he probably shouldn’t, and puts Raina’s life on the line simply to test a dangerous artifact like The Obelisk, goes to show that he’s not necessarily a good guy. Even then, Raina is a character that gets more interesting with every appearance, and it’s great that she’s going to continue being a part of this series.

All around, this was a superb episode for Agents of S.H.I.E.L.D., and one that continues to prove that the apparent issues with the show during much of Season One now appear to be behind it. The show has taken some major strides since the debut of Season Two, and every development it’s presented seems to be headed in a good direction. With a slew of new events set to occur during the upcoming third episode next week, I couldn’t be more excited to see where Coulson’s crew is headed next!

Agents of S.H.I.E.L.D. 2.2: "Heavy is the Head" Review
"Heavy is the Head" continued to develop the strong foundation laid in the Season Two premiere, with several excellent developments, namely a better chance to get acquainted with Lance and Mac.
THE GOOD STUFF
THE NOT-SO-GOOD STUFF
2014-10-01
90%Overall Score
Reader Rating: (0 Votes)
0%