In what’s become something of an October tradition for Sony, big spenders on the PlayStation Store will once again get some virtual cash back if they achieve enough of a sum this month. This year however, Sony has upped the ante a bit.

In most previous years, Sony offered $10 back for every $50 one would spend on the PlayStation Store in October, regardless of what kinds of games they bought, or for which platforms. This year however, Sony will only offer rebates for $100 spent or more. On the bright side, the rebate is larger, now being $15, and, obviously, will now include PlayStation 4 content, along with PlayStation 3 and PlayStation Vita content, and both PS One and PS2 Classics.

It would also appear that spending on movies and music still counts towards the $100 cap. Sony claims that as long as the money spent comes from your Sony Network Entertainment Wallet (and it does if you make your purchases directly on the PlayStation Store), it goes toward the rebate.

Be advised however that this promotion is only valid for Canada, the U.S. and Mexico. Residents of Europe, Japan and other major territories are out of luck, and won’t be eligible for any rebate. Be advised as well that, should you qualify for the rebate, you’ll receive a message with the rebate attached in your PlayStation Network inbox, as well as the E-mail address you registered to your PlayStation Network account, and the rebate must be redeemed before December 5th! If you don’t redeem the code beforehand, it expires, and you get nothing. Once the code is redeemed however, the money can sit safely in your Sony Network Entertainment Wallet indefinitely.

You have between today, October 1st, and Tuesday, October 28th to achieve a $100 spending cap. As long as you’ve spent $100 or more on the PlayStation Store in that time frame, you’ll receive your rebate in November. Unfortunately, unlike previous years, you won’t be able to stack the rebates either. This means that spending $200 won’t get you a $30 rebate, and so on. 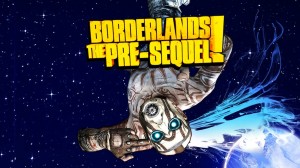 Obviously, the best way to rack up $100 in spending, is to simply purchase a couple of digital copies of full retail games for PlayStation 4 or PlayStation 3. Spending cash from your PlayStation Store wallet on digital pre-orders for big upcoming games on both consoles, such as Call of Duty: Advanced Warfare, Dragon Age: Inquisition, Far Cry 4, or LittleBigPlanet 3 also counts towards the rebate. Be advised as well that several big releases are launching for PlayStation platforms this month, all of which will also be available on the PlayStation Store, including DriveClub, The Evil Within, Alien: Isolation, Borderlands: The Pre-Sequel!, and NBA 2K15.

Keep surfing back to Eggplante for all of your news and updates on PlayStation-related incentives.