Sony has revealed which games will be free for PlayStation Plus members for this October, and this time, we get a bonus offering, as Sony is making good on an old promise! 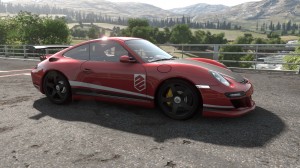 As usual, PlayStation Plus members must maintain their PlayStation Plus membership to access any freebies that they downloaded on any of Sony’s three current platforms. The new games go live on Tuesday, October 7th, whereupon September’s offerings will no longer be free, and will go back to their usual prices. Thus, if you have yet to add Velocity 2X, Sportsfriends, PlayStation All-Stars Battle Royale, Hoard, Joe Danger for PlayStation Vita, or TxK to your download list, do it quickly, as you only have until this coming Tuesday to do so!

In any case, Sony will now finally be offering DriveClub: PlayStation Plus Edition for free this month, after DriveClub was delayed many months out of its planned November 2013 debut as a PlayStation 4 launch title. This special edition of Sony’s upcoming socially-minded racer gives you 11 tracks, 10 cars, and access to any of the game’s play modes. It’s a great way for PlayStation Plus members to try the game out if they’re on the fence, or perhaps enjoy a downscaled version if they don’t plan to purchase the whole package.

Beyond this, PlayStation 4 owners will be netting two belated ports of a pair of highly acclaimed indie games for free this month alongside DriveClub: PlayStation Plus Edition, those being Dust: An Elysian Tail and Spelunky. 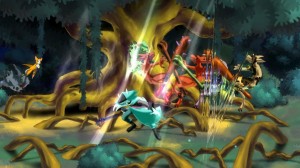 Dust: An Elysian Tail was originally released exclusively for the Xbox 360’s Xbox Live Arcade catalogue in 2012 (even being published by Microsoft in fact!), before being ported to PC, Mac and Linux the following year by its developer, Humble Hearts. The PlayStation 4 version will make its debut for the first time on October 7th, boasting improved graphics and performance. The game is an open-ended, Metroid-style adventure-platformer with RPG elements, with players taking control of the title character, Dust, as he ventures through a world inhabited entirely by anthropomorphic animals, in an effort to regain his memory.

If you’re still proudly sticking with PlayStation 3, PlayStation 3 owners can redeem both a huge retail hit and a solid port of an arcade favourite this month, those being Batman: Arkham Asylum and Dungeons & Dragons: Chronicles of Mystara respectively. 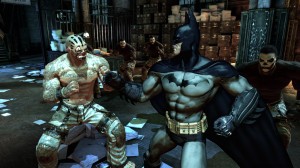 Batman: Arkham Asylum reset the bar for licensed games, being considered one of the best games of the previous generation of consoles overall! The game involves Batman and several Gotham City police officers being trapped in the infamously ineffectual mental institution, Arkham Asylum, where the Caped Crusader puts away his villains. With The Joker overtaking the asylum and letting all of the inmates loose, players engage in stealth-flavoured action-adventure gameplay to put a stop to The Joker’s plans, and restore order to Arkham Asylum, before chaos spreads. On top of receiving rave reviews since its original launch in 2009, Batman: Arkham Asylum also boasts exclusive features in its PlayStation 3 version, including the ability to use the SIXAXIS motion sensors in the Dual Shock 3 controller, and the exclusive chance to play as The Joker in several Challenge Mode maps that are unavailable in the other versions of the game on Xbox 360, PC, Mac and OnLive. 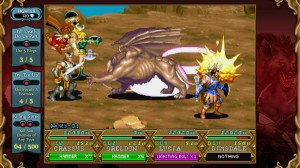 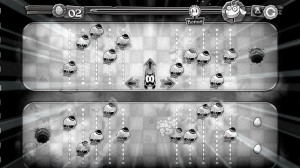 Pix the Cat releases for the first time on Tuesday, October 7th. An intense arcade-style experience, the game tasks players with rescuing a certain number of ducklings from baddies, along with making sure that you don’t touch walls or get caught inside your own tail, or else it’s Game Over! The game takes inspiration from both Snake and Pac-Man, and also happens to be cross-buy with its PlayStation 4 sibling, netting you both the PlayStation 4 and PlayStation Vita versions for free when you redeem this reward!

Rainbow Moon meanwhile originally launched for PlayStation 3 in 2012, where it was highly acclaimed for its gameplay and strategic value, and then later came to PlayStation Vita right at the end of last year. Better still, redeeming this PlayStation Plus reward will score you the PlayStation 3 version as well as the PlayStation Vita version, even though the two are merely cross-save, not cross-buy, though they do share DLC purchases regardless. A throwback to both vintage dungeon crawlers and strategy RPG’s, the game sports six playable characters and a 40+ hour story across more than 20 challenging dungeons. 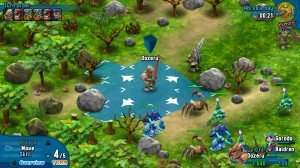 This is another strong month for PlayStation Plus members. Pretty much every game on offer is a winner, and Pix the Cat looks very promising as the sole all-new release. Rainbow Moon and Batman: Arkham Asylum present particularly outstanding value as free rewards, with Dust: An Elysian Tail and Spelunky both being must-play indie essentials, and Dungeons & Dragons: Chronicles of Mystara being an excellent great time for a group of longtime gamers and/or D&D fans.

Keep coming back to Eggplante for all news and updates on PlayStation-related incentives.