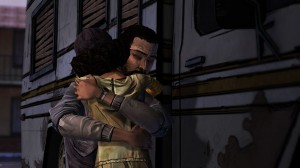 Telltale has also confirmed that a combined retail package for The Walking Dead: Season Two is set to launch for PlayStation Vita on Tuesday, November 4th.

Inspired by the popular comic book of the same name, much moreso than the equally popular AMC television series adapted from said comic, The Walking Dead follows the story of a group of survivors of a zombie apocalypse, from the perspective of convicted murderer, Lee Everett. After taking a little girl named Clementine under his wing, Lee struggles to survive with Clementine, in the hopes of reuniting her with her lost parents. The Walking Dead: Season Two meanwhile shifts Clementine to the main player character role, now being older and more hardened as she struggles to live on with a new group of survivors. 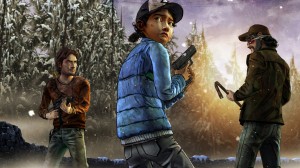 Telltale is currently beginning early development of The Walking Dead: Season Three, which was confirmed at Comic-Con earlier this year. They are also hard at work on an episodic adventure game based around literary and television sensation, Game of Thrones, as well as an adventure/shooter spin-off of Gearbox’s highly successful Borderlands series, Tales from the Borderlands.

Keep shambling back to Eggplante for all news and updates on The Walking Dead, as well as Telltale’s other upcoming projects.