It seemed like quite the rumour when it cropped up on the internet recently, but now, it’s been made official! Paul Feig will be co-writing a Ghostbusters reboot, one that entirely stars female Ghostbusters, along with his The Heat co-writer, Katie Dippold. Feig is also apparently in negotiations with Sony Pictures to direct the movie. 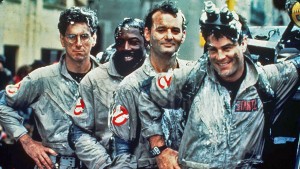 Feig confirmed his involvement on Twitter, and has dished lots of insider info in an interview with Entertainment Weekly. It seems that the Ghostbusters reboot is going to be a real passion project for him!

Originally, the new Ghostbusters movie was set to be a sequel to the two previous movies. Unfortunately, the death of Harold Ramis, the apprehension of Bill Murray, and several other setbacks eventually led to Sony just wanting to reboot the franchise with an entirely new canon and cast. Feig still states however that he is willing to write in altered roles for the original actors, should they wish to appear in the reboot in some capacity.

If it’s any consolation however, the third Ghostbusters movie already technically exists, let’s not forget! Dan Aykroyd’s and Harold Ramis’s stalled Ghostbusters III script was eventually used to create 2009’s Ghostbusters: The Video Game, which was set in 1991, followed the first two movies, and featured the four original Ghostbusters actors reprising their respective roles in voiceover, including Ramis and Murray! Sigourney Weaver and Rick Moranis were missing from the game, but beyond that, it really is a bona fide interactive Ghostbusters III, and a great game to boot, so check it out if you’re a fan, as it’s on all last-gen game consoles and handhelds, as well as PC.

Anyhow, Feig has taken to Twitter to dish out some details on his work with the new reboot movie. He claims that he wants to re-envision a ghostly invasion in the modern era, and how it would differ from the 1980’s, which is when the prior two movies were set. He also claims that he wants the movie to firmly distance itself from the original two, since he loves them far too much to tarnish the memory of them in any way, hence why he wanted to start fresh with an all-new canon. 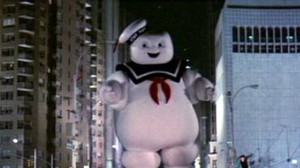 Feig also states that he is approaching the reboot as if it were a superhero franchise, and nothing has yet been set in regards to the characters’ costumes, technology, or even whether or not it will maintain the franchise’s classic theme song by Ray Parker Jr. He wants the reboot to be, “Crazy funny”, but also kind of terrifying, since he believes that people in believable peril can be among the best comedy. He then goes on to stress that while he still wants four Ghostbusters, he doesn’t want to recycle the personalities of the original four. Whichever women end up getting cast in the lead roles, they’ll be noticeably different people than the four men that preceded them in the 80’s.

Lastly, Feig name-drops four women that he would like to cast in the lead roles if it were up to him; Melissa McCarthy, Kristen Wiig (who has already been rumoured for a role), Linda Cardinelli, and Emma Stone. This is simply his dream cast, and this may not be the final cast, but they’re certainly not bad choices on his part. McCarthy’s involvement seems inevitable though, given that she’s already worked with Feig on both Bridesmaids and The Heat, with Wiig also being a Bridesmaids vet.

You can check out the full interview in Entertainment Weekly to hear Feig’s exact and expanded words on the project.

What do you think of this direction for a Ghostbusters reboot? Do you think you would enjoy a new Ghostbusters movie more or less if all of the title characters were female? Do you think that Paul Feig is the right man for the job? As usual, your comments are welcome below.

Eggplante is committed to trapping all news and updates on all things Ghostbusters!