This week’s episode marked The Big Bang Theory’s final Monday offering of the current season, before shuffling back to its more familiar Thursday night timeslot next week. Thankfully, it was another good episode overall, even if one a bit beneath the quality of last week’s especially impressive episode, “The Focus Attenuation.”

“The Expedition Approximation” involves more exploration of Sheldon’s personal crisis after switching fields from string theory. After being given the chance to study dark matter in an underground mine, along with Raj, the two decide to address any concerns by simulating the journey in CalTech’s steam tunnel, with Amy being supervisor. Given that Sheldon and Raj are cramped in an uncomfortable space, and have gone far too long without a pairing after famously working together a few seasons back, the jokes should write themselves here.

And they do for the most part! Sheldon’s and Raj’s banter was fantastic, and was made all the better by the occasional cuts back to an annoyed Amy, making vending machine runs, among other things. The two discussed everything from Hannah Montana’s similarities to Superman, to their native climates, and this culminated in a surprisingly heartfelt speech by Raj about being inspired by the space probe, Voyager, made all the funnier when Sheldon is relieved that Raj is not talking about the Star Trek spin-off, Star Trek: Voyager, as he’s too uncomfortable to think about how much he hates that show.

This sequence’s conclusion was executed perfectly as well, with Sheldon being chased out by rats and leaving Raj behind, followed by Amy declaring aloud that the two were only underground for eleven minutes, and that it was longer than she thought they’d last. This was a very funny twist, as it seemed to reveal that Sheldon and Raj were underground in real time with the episode’s runtime. It’s another testament to the kind of awesome humour that The Big Bang Theory can uniquely deliver at its best.

The B-plot however wasn’t quite as effective, at least not at first. This is mainly because it was really a stretch, and yet another forced Leonard/Penny conflict that the show has so far done a good job of not leaning on as a crutch this season, which is why Season Eight has already been a noticeable improvement over Season Seven. Nonetheless, the show was in danger of another eye-rolling Leonard/Penny spat, though thankfully, not for the entire episode. 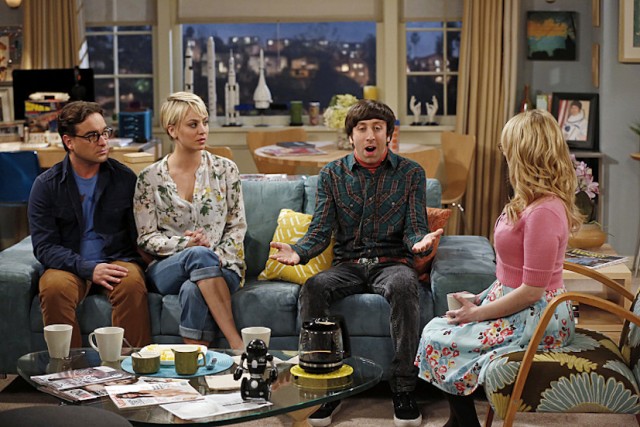 The issue comes up when Penny sells the car Leonard bought her after she ends up getting a company car for her job. Sure, Penny is not the brightest bulb, and that’s been a source of routine comedy for this show, but even for her, that was an incredibly stupid thing to do. Obviously, Leonard wasn’t going to be happy about that, even if she did try to give the money back to him, and she’s clearly not thinking ahead on that note either. What if she gets fired, or decides she doesn’t want that job anymore? She can’t keep the company car if she doesn’t work at the company.

This made it impossible to sympathize with Penny’s especially bone-headed demeanour this week, and it resulted in the gag of Leonard and Penny trying to hand the money to each other continually feeling more awkward and uncomfortable than funny.

Fortunately, Howard and Bernadette came to the rescue. Leonard and Penny decide to consult them about managing money in a marriage, which leads to a peek into just how ridiculous and domineering Bernadette’s delegation and money handling to Howard is. The reveal that they note finished chores with stars on a chart was hysterical, along with the following reveal that Howard has an allowance, and this is yet another clever nod to the fact that Howard’s wife still thinks far too much like his mother. 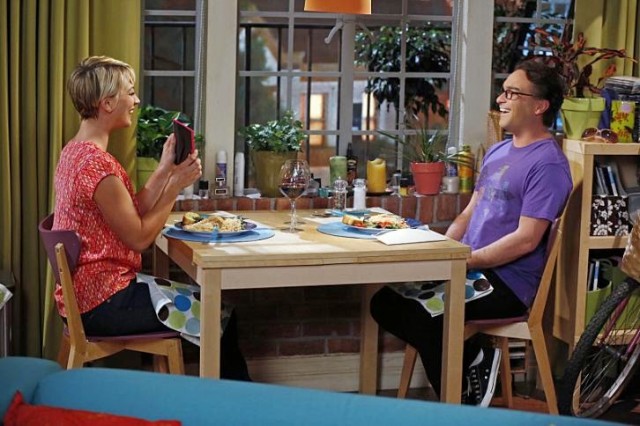 Not only was the Howard/Bernadette double act very funny, but it mercifully terminated the Leonard/Penny conflict hard, allowing the two of them to resolve their money issue with maturity and decency. All’s well that ends well, Penny’s thoughtlessness notwithstanding, and it’s great to see that the show didn’t ultimately forsake all of its effort to mature the relationship of these two after last season.

“The Expedition Approximation” kept The Big Bang Theory trucking along with the positive momentum it’s built up since the fourth episode of this season. It will be nice to have the show vacating Mondays and going back to Thursdays, but at least its Monday sojourn ultimately had more hits than misses.