Sony has just revealed its free game lineup for PlayStation Plus members for this November. Hopefully you like indie games, because that’s all you’re getting across all three current PlayStation platforms this coming month as well! 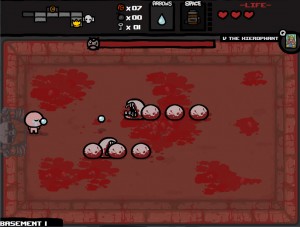 The new freebies will go live this coming Tuesday, November 4th, at which time, the October selection will go back to their regular prices for PlayStation Plus subscribers. Thus, if you have yet to redeem Dust: An Elysian Tail, Spelunky, Batman: Arkham Asylum, Dungeons & Dragons: Chronicles of Mystara, Pix the Cat or Rainbow Moon, you have until Tuesday to add them to your PlayStation Store Download List.

As usual, two games are on offer for each current PlayStation device, cross-buy games notwithstanding. Without further ado, here’s the November 2014 selection:

First up for PlayStation 4, as revealed by its developer, Nicalis is The Binding of Isaac: Rebirth. This blend of sequel and remake to PC indie hit, The Binding of Isaac will be a new release for November 4th. The game is a 2D top-down roguelike action-adventure game with random, procedurally-generated levels, which present themselves in a similar style to the original The Legend of Zelda on NES. Players control Isaac, a weeping, naked infant who is demanded as a sacrifice to God, prompting Isaac to flee into the tunnels underneath his home. Beyond the PlayStation Store for PlayStation 4 and PlayStation Vita, the game will also be available on Steam, for PC, Mac and 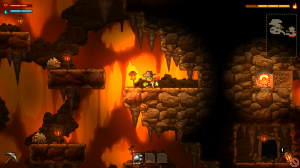 Linux, which the original The Binding of Isaac is exclusive to.

The second PlayStation 4 offering for the coming month is Steamworld Dig: A Fistful of Dirt, a 2D platformer with an emphasis on digging through a mine for treasure. Players control spelunker, Rusty, a character living in the Old West, who comes to the town of Tumbleton, after he receives a deed to the local mine. The game has been immensely acclaimed since its original release on the 3DS eShop last year. Following its original 3DS build, Steamworld Dig: A Fistful of Dirt expanded to PC, Mac and Linux as well as PlayStation 4 and PlayStation Vita, and just recently came to Wii U.

The first of two PlayStation 3 offerings is F 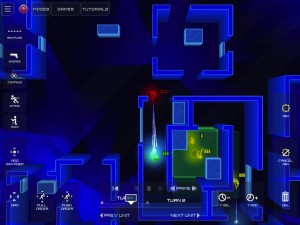 rozen Synapse Prime, a remake of turn-based strategy game, Frozen Synapse, which will be available on PlayStation 3 for the first time on November 4th. The game tasks players with controlling a squad of soldiers in a dystopian sci-fi setting, and attempting to outwit and decimate an enemy squadron. The game features online multiplayer, a skirmish mode, and a single-player campaign. Frozen Synapse Prime was previously released on PlayStation Vita in September.

The second PlayStation 3 offering for this November is Luftrausers, an arcade-style shoot ’em up where players control free-moving airplanes. It was received very well since its initial release this past March. Aside from Pla 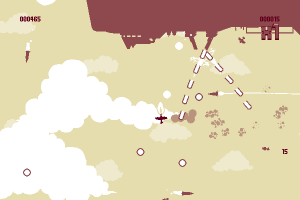 yStation 3, Luftrausers is also available for PlayStation Vita, as well as PC, Mac and Linux.

This just leaves the PlayStation Vita offerings, the first of which is PlayStation Vita exclusive, The Hungry Horde, another all-new release for November 4th. Published directly by Sony, this action game has players controlling a small group of zombies, while assimilating other humans to join the horde, and navigating their ever-growing ‘Hungry Horde’ to cause a mess of chaos.

Be advised that Steamworld Dig: A Fistfu 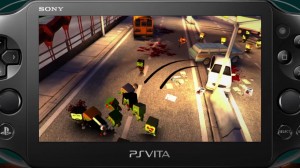 Again, not a bad month at all for indie fans, especially with the usual reliable helpings of cross-buy offerings and new releases. Those who aren’t normally drawn to dedicated PlayStation Store games h 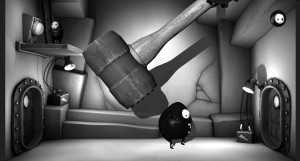 owever may be a bit disappointed this month, as there’s no full retail offerings featured. DriveClub: PlayStation Plus Edition also remains absent, with Sony issuing confirmation today that the game is on indefinite hold until the main DriveClub game’s server and gameplay issues are sorted out. It’s November though, so there will be plenty of new retail releases to keep busy with on PlayStation’s consoles in particular!

Keep revisiting Eggplante for all of your news and updates on PlayStation Plus, among other PlayStation-related incentives.