Disney and LucasFilm are hard at work on their all-new installment in the Star Wars movie saga, with principal photography recently wrapping on the highly anticipated sequel. To commemorate the occasion, they’ve unveiled the movie’s official title, which will be, “Star Wars: The Force Awakens.” 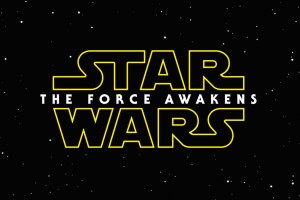 Interestingly, ‘Episode VII’ appears to have been dropped from the title, or at least in Disney’s official logo for the movie. This would appear to suggest that Disney may be dropping George Lucas’s stamp of branding each of his movies as ‘episodes’, in an effort to re-brand the series for a new generation of fans, under the Disney umbrella. It does however beg the question of how the main three Star Wars movies that have been confirmed to succeed the former trilogies will differentiate themselves from the also-confirmed Star Wars spin-offs, which will effectively annualize the Star Wars movies on the big screen, over the next several years at least.

While the timeline and lead cast for Star Wars: The Force Awakens have already been confirmed, with the movie uniting Mark Hamill, Harrison Ford and Carrie Fisher with a new cast of actors during events set thirty years after the original trilogy, the plot of the movie still remains a tightly-guarded secret. It’s probably safe to assume however that it will involve a sizeable disturbance in The Force. Just so long as midi-chlorians don’t play a part in things, we suppose.

Star Wars: The Force Awakens is also set to be directed by former Star Trek movie director, J.J. Abrams, forcing him to bow out of the currently-untitled third Star Trek reboot movie. The third rebooted Star Trek flick is now being helmed by former screenwriter, Roberto Orci, as a result. 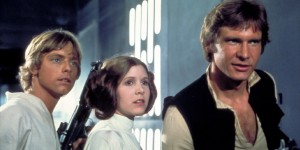 Keep light-speeding to Eggplante for all news and updates on Star Wars: The Force Awakens, and other projects to come in the Star Wars saga.