UPDATE: The three missing games have now returned to the North American Steam storefront, again, without explanation. Sadly, they’re still unavailable in the European Steam storefront. Ubisoft hasn’t commented on why the games were temporarily removed, but all’s well that ends well for PC gamers.

Ubisoft has a bad reputation amongst PC gamers. They’re about to get an even worse one. 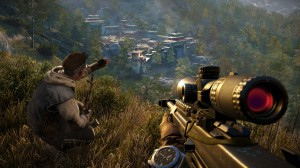 Today, Ubisoft has suddenly removed three major Holiday tentpole releases from Valve’s ultra-popular PC gaming platform, Steam. The PC ports of Far Cry 4, Assassin’s Creed Unity and The Crew are no longer available on Steam, despite their pre-sell pages previously being up for a while, complete with pre-order options. Initially, the games were merely pulled from Steam’s European store, but now, the games have also been yanked from all regions of Steam.

It’s presumed that anyone who pre-ordered any of these three games on Steam will be issued a full refund. If that includes you, you may want to keep your eye out for said refund soon.

It appears that Ubisoft’s previous PC releases from this year, including Child of Light, Watch Dogs and Valiant Hearts: The Great War, among the PC releases of previous years, are unaffected. All of these are still available to purchase from Steam as normal.

Apparently, the removal comes from a desire to try and sell the games on the UPlay Store instead, at least, in the case of Assassin’s Creed Unity. Ubisoft didn’t directly comment about Far Cry 4 or The Crew, but it’s presumed that their strategy is the same for those titles. 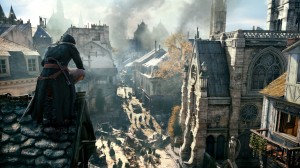 Unfortunately, PC gamers are predictably irate at the Steam removal, particularly since Ubisoft’s ill-received UPlay platform has been cited as one of the main issues with Ubisoft’s PC ports. Ubisoft appears to be trying to strong-arm PC gamers into embracing UPlay, a platform that has, frankly, gotten itself a bad reputation due to its DRM and authentication practices. This would put Ubisoft in line with the practices of EA’s Origin platform, another games platform that PC gamers have received poorly by and large.

Keep pumping Eggplante for all of your major updates on Steam, and other news related to PC gaming and Ubisoft.