NOTE: Spoilers regarding a major character death on Arrow this season are present in this article.

DC and The CW have released official images of Katie Cassidy in full Black Canary gear, which the actress already teased being fitted for on her Twitter feed recently. Cassidy’s character, Laurel Lance, whose first name is actually Dinah, is the ‘true’ superheroine, Black Canary in DC Comics canon, and will succeed her late sister, Sara Lance, who was killed at the start of the current season.

You can check out the two images of Cassidy in her Black Canary costume below: 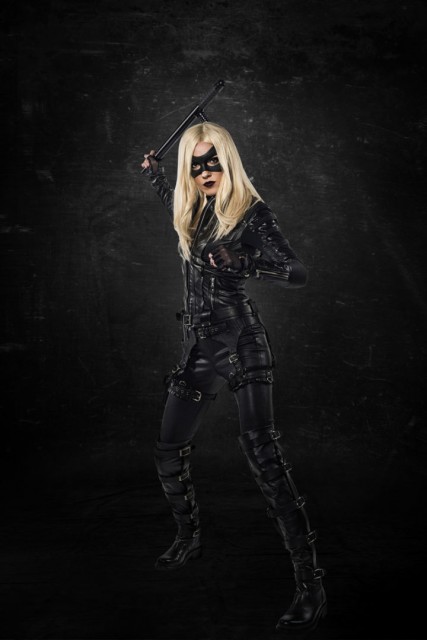 It would seem then that Laurel’s training under boxing champ and former vigilante, Ted Grant/Wildcat, whom J.R. Ramirez portrays on Arrow, is coming along more swiftly than many would have anticipated. Laurel’s attempts to deal with the grief and anger over her sister’s death have been a major focus this season, and it looks like the criminals of Starling City won’t just have The Arrow to fear soon!

Laurel’s Black Canary will debut during this season’s tenth episode, “Left Behind”, which hasn’t yet had its synopsis released. The CW did however recently release a trailer on Arrow’s official Facebook page, showcasing the upcoming events of Season Three, including the introduction of pivotal Green Arrow villains such as Captain Boomerang and Cupid.

We’ll continue to provide coverage on Arrow, along with each of its episodes, so keep shooting back to Eggplante for all news and updates on the show, and the DC Television Universe at large.