On the heels of Sony revealing their free PlayStation Plus games for this coming December, Microsoft has now confirmed which free games will be offered to Xbox Live Gold subscribers as Games with Gold rewards next month. Once again, we have one new Xbox One game, and two new Xbox 360 games on offer. 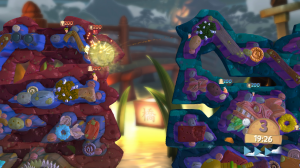 The new Games with Gold offerings go live on Monday, December 1st. Thus, you have until then to redeem Chariot on Xbox One, and Red Faction: Guerilla on Xbox 360. Afterward, both games will go back to their usual prices. For Xbox One owners with Xbox Live Gold memberships, Volgarr the Viking will remain a free reward throughout December, just as with November. 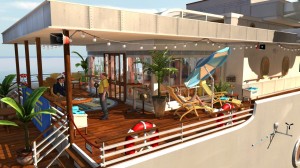 Regardless, Xbox One owners with Xbox Live Gold memberships will be able to score digital download game, Worms Battlegrounds for free throughout the month of December. This artillery-style strategy game has the loveable worm protagonists defending a history museum from the likes of villain, Lord Crowley-Mesmer. It received lukewarm reviews. The Xbox One version of the game also supports compatibility with Xbox SmartGlass, allowing players to keep track of their stats in real time. Worms Battlegrounds is also available for PlayStation 4.

Xbox 360 owners can redeem The Raven: Legacy of a Master Thief to start, which will be a free reward through December 1st to December 15th. This three-episode Xbox Live Arcade point-and-click adventure game involves a fast-paced caper set in 1960’s Europe. It unfortunately received merely average reviews though, largely citing technical issues. The Raven: Legacy of a Master Thief is also available for PC and PlayStation 3.

During the second half of the month, between December 16th and December 31st, Xbox Live Gold members with Xbox 360’s can redeem retail offering, SSX. This reboot of the popular extreme sports game franchise was well-received during its initial launch in 2012, and features snowboarding, surfing and motocross events. SSX is also available for PlayStation 3.

Once again, nothing is being offered that’s exclusive to Xbox, and in all honesty, this is a pretty underwhelming lineup for December. Worms Battlegrounds is a decent diversion, but nothing special, and The Raven: Legacy of a Master Thief doesn’t enjoy too much positive reception. SSX is probably the best game on offer, but those who don’t play sports games will inevitably turn their nose at it. I suppose this is what we get though, and a new lineup of rewards will follow in January if you’re not satisfied with this one.