Sony has just revealed their final PlayStation Plus game selection for 2014, drawing back the veil on the six free games that will be available for PlayStation Plus subscribers this December. The two PlayStaton 4 offerings were teased early, though this is the first time that this month’s PlayStation 3 and PlayStation Vita freebie selection has come to light. 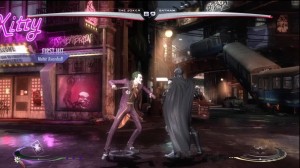 As per usual, you must have and maintain an active PlayStation Plus membership to redeem monthly Instant Game Collection rewards, and any games redeemed for free from PlayStation Plus at any time will be inaccessible if you allow your PlayStation Plus subscription to expire, until you renew it again.

The new PlayStation Plus games will go live on Tuesday, December 2nd. Thus, if you have yet to redeem The Binding of Isaac: Rebirth, Steamworld Dig: A Fistful of Dirt, Frozen Synapse Prime, Luftrausers, The Hungry Horde, or Escape Plan, you have until this coming Tuesday to do so. After that, these games will return to their original prices.

Beyond that, here are the free rewards on offer for PlayStation Plus subscribers this December: 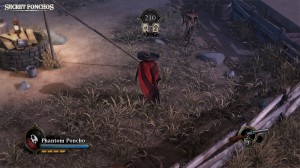 PlayStation 4 owners can redeem Injustice: Gods Among Us – Ultimate Edition to start, a retail launch title for Sony’s next-gen console. This enhanced re-release of 2013’s fan-favourite DC Comics-themed 2D fighter allows players to duke it out against the A.I. or each other as various heroes and villains from the DC Comics Universe. The game also features a Story Mode, where players can control DC heroes that have become lost in a parallel universe where Superman has enslaved the planet, and comes with all six DLC fighters available for free. Injustice: Gods Among Us has received very positive reviews (including two from us!) since it originally launched for Xbox 360, PlayStation 3 and Wii U in April 2013, and aside from PlayStation 4, Injustice: Gods Among Us – Ultimate Edition is also available for Xbox 360, PlayStation 3, PC, and PlayStation Vita.

The second PlayStation 4 offering for December is Secret Ponchos, an all-new release for December 2nd that serves as an online multiplayer twin-stick overhead shooter, set in the Old West. Players control outlaws and fugitives, and battle against each other in player-vs.-player combat, gaining bounties on their head that make them more valuable kills as they play well. Alongside the PlayStation 4 version, a PC version will also release on December 2nd.

Beginning the previously-unknown offerings for PlayStation 3, Hitman HD Trilogy is first, a well-received retail bundling of enhanced HD remakes of Hitman 2: Silent Assassin, Hitman: Contracts, and Hitman: Blood Money. This trio of stealth shooters allows you to experience the greatest legacy hits of the Hitman series in an enhanced package, optimized for more current consoles. It also finally ports Hitman: Blood Money to PlayStation 3, a game that was made available standalone during its debut for Xbox 360, since that console’s launch window. Hitman HD Trilogy is also available for Xbox 360. 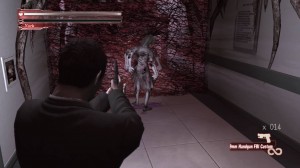 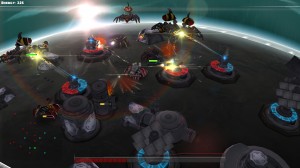 Finally, PlayStation Vita owners can redeem Final Horizon to start, an all-new indie game release on December 2nd. Described as “Two-minute tower defense”, Final Horizon is an exciting, fast-paced blend of quick-thinking strategy and action-packed space combat! The game is coming to PlayStation 4 as well as PlayStation Vita, though it’s currently unknown if it will be cross-buy or not. 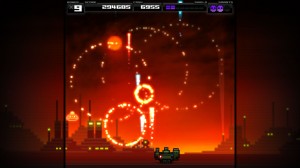 All in all, PlayStation gamers are getting a pretty great selection of games this month. PlayStation Vita owners can look forward to some exciting indie games once again, while PlayStation 3 gamers are getting two retail offerings that are well worth owning, and PlayStation 4 players will score a promising all-new multiplayer indie, and a fantastic fighting game, giving them multiple ways to enjoy gaming with their friends au gratis this Holiday season!

Keep revisiting Eggplante for all news and updates on PlayStation Plus, and other PlayStation-related incentives.