Assassin’s Creed Unity has suffered from an infamously rocky launch since it debuted on PlayStation 4, Xbox One and PC a couple of weeks ago. Many users are reporting scads of bugs and performance problems, with the PC version being especially problematic, and even being the host of a particularly damning ‘no face’ bug with some NPC’s, one that has since been patched out. The fallout was so bad in fact, that Ubisoft’s stock value decreased by almost 10% after the release of Assassin’s Creed Unity, due to the more lukewarm reviews and negative player feedback. 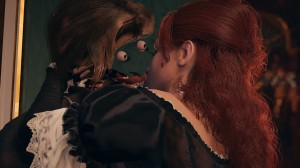 With the game starting to stabilize a bit more however (albeit not completely just yet), Ubisoft is proclaiming mea culpa, and is attempting to make amends to early adopters of the game. To apologize for the clearly rushed and buggy final product of Assassin’s Creed Unity, Ubisoft will be offering the game’s first DLC expansion, Dead Kings, for free on all three platforms for everyone, once it’s released. You can redeem the DLC through an in-game link after its launch day.

If you purchased a Season Pass for Assassin’s Creed Unity already, or Assassin’s Creed Unity Gold Edition from digital storefronts, which comes bundled with the Season Pass, you may be crying foul here. Don’t worry though, as Ubisoft’s accounted for you! The Season Pass has been removed from sale on all three platforms in its current form, likely to return in a modified (and hopefully cheaper) form sometime soon. Not only that, but people who purchased the Season Pass already, either separately or bundled with the game in the Gold Edition, can choose from one of a handful of free games that Ubisoft is offering on all three platforms: The Crew (which will be available on December 2nd), Far Cry 4, Watch Dogs, Assassin’s Creed IV: Black Flag, Rayman Legends, or Just Dance 2015. PC gamers seem to get one less choice, since Just Dance 2015 is only available for PlayStation 4 and Xbox One.

Along with this announcement, Ubisoft Montreal will also be rolling out a patch this week for Assassin’s Creed Unity on all three platforms, which comes with 300+ bug fixes, and will help to stabilize the often-struggling framerate. The patch won’t completely iron out the performance problems, but Ubisoft Montreal will remain committed to sorting them out over the next little while. 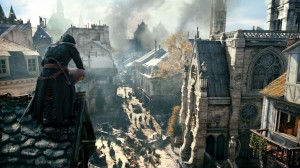 Sadly, the Fall/Holiday 2014 game lineup has been extremely problematic when it comes to games launching with bugs, performance issues, and broken or incomplete gameplay elements. Aside from Assassin’s Creed Unity, Ubisoft Montreal’s other big release this Fall, Far Cry 4, suffers from multiplayer connectivity issues, and in the case of the PlayStation 3 version, sometimes doesn’t even allow people to start the game.

Outside of Ubisoft, NHL 15 launched with most of its promised features missing, Destiny has suffered bouts of inaccessible servers, DriveClub shipped in an essentially broken state with heaps of connectivity issues, gameplay issues and crashing (which has indefinitely delayed its free PlayStation Plus edition), Call of Duty: Advanced Warfare had people unable to redeem pre-order incentive codes, connect to multiplayer, or in the case of the Xbox One edition, install the game at all, Halo: The Master Chief Collection has had severe matchmaking and connectivity issues making its multiplayer virtually unplayable since launch, Sonic Boom: Rise of Lyric has become the recent poster child for games that release in heinously broken, rushed and ugly states, LittleBigPlanet 3 has had issues with connectivity, online lag and potentially game-breaking bugs, Dragon Age: Inquisition has shipped with some nasty bugs in the audio and dialogue especially, and Grand Theft Auto V’s new PlayStation 4 and Xbox One versions have had yet more issues with Grand Theft Auto Online, namely the inability to transfer stats, characters and other multiplayer stats from the prior Xbox 360 and PlayStation 3 versions, a feature Rockstar touted to get those who already bought the last-gen versions of the game to double-dip, on top of yet more potentially game-breaking bugs even in the main single-player component.

Maybe the industry should start re-thinking its triple-A business practices.

In the meantime, keep leaping to Eggplante for all news and updates on Assassin’s Creed.