This week delivered Gotham’s Fall finale, bringing the war for Gotham City’s streets to Bruce Wayne’s doorstep, and putting both him and Selina Kyle in the crosshairs of some dangerous assassins. The assassins also happen to be led by DC contortionist villain, Copperhead, now re-imagined as a woman, similar to the character’s portrayal in popular video game, Batman: Arkham Origins, albeit with a change in race as well as sex for Gotham. Of course, you wouldn’t know that it’s Copperhead unless you read the press materials, since this version of Copperhead is simply a vaguely lithe female killer, with no indication of a snake motif, and an all-new identity as “Larissa Diaz”, a character that has not appeared in the DC printed panels.

Perhaps this could be a launching pad for a new female Copperhead in DC Comics, but beyond that, it’s anyone’s guess as to why the character was altered to the point of being unrecognizable for Gotham.

In any case, Copperhead and her band of killers coming to Wayne Manor gave us more opportunities to see Alfred’s badass side. Seeing Alfred manage to hold his own against Copperhead, and even take out a few of the assassins to allow Bruce and Selina to get away from them, was all kinds of cool. As usual, Sean Pertwee’s Alfred is one of the show’s best characters on the hero side, though at least Gordon was given some better material than usual this week, namely in his aggressive confrontation with Harvey Dent over inadvertently putting a target on Selina Kyle’s head. and his subsequent team-up with Alfred to fix the situation.

Despite all of the excitement with Copperhead, Gordon and Alfred however, much of the episode revolved around Bruce and Selina, as Selina showed Bruce around the streets of Gotham City, giving him his first taste of life on the street for a young runaway. This is a cool portrait of how the youngest of Gotham City’s struggling cities make their way, and it also came with the surprise return of the young Ivy Pepper, the future plant-manipulating Batman villainess, Poison Ivy. Apparently, following her father’s death and subsequent framing for the Wayne murders in the pilot, Ivy has been adopted, likely by the Isley family, and has run away from home. She has an uneasy friendship with Selina (a nod to the Gotham City Sirens?), and Selina urging Bruce to stay away from her because she’s scary was a cool bit of foreshadowing for Ivy’s future super-villain career.

Towards the end of the episode, Bruce and Selina must try and outwit the assassins together, and it was good to see the show not have the kids successfully take them out. Instead, they were clever enough to stall for time, while letting Gordon and Alfred reach them and get them to safety, or at least Bruce, as Selina has slipped away to be free on the streets again. That doesn’t happen before she briefly returns to give Bruce that kiss she promised however, which was cute, and felt rewarding after seeing the two have a cool rapport over the past couple of episodes.

Over on the mob end, things with Falcone are heating up, as Falcone has learned of Penguin’s previous visit to Liza, and is none too pleased with it. Penguin manages to deflect suspicion enough to put the heat on Falcone’s other lieutenants, which again seemed to tease that Falcone is fully aware of Fish Mooney’s plans to usurp him. On the note of Fish, it was awesome to see Alfred successfully negotiate with her to pinpoint where Bruce and Selina may have gotten to, suggesting that she either has a good side, or a potential attraction to Alfred. Either way, here’s hoping that it’s not the last time she encounters the faithful Wayne butler.

For the most part, the material in the Fall finale was good stuff, though it only stumbled in trying to create the obligatory cliffhanger for the end of 2014’s episodes. This weaker element was especially annoying when you consider that this is one of the better episodes for a solid Gordon story. After Copperhead’s goons murder Dick Lovecraft, attempting to frame Gordon for the crime, Mayor James ends up berating Gordon for being a do-gooder, yet again, and even suddenly has Harvey Dent shaking in his boots, despite Dent aggressively confronting Lovecraft, a known corrupt criminal with ties to the mob, with no trouble at all. What?! All of a sudden Dent’s afraid of the equally corrupt mayor?! I thought he was supposed to be Gotham City’s white knight at this point, alongside Gordon!

Regardless, all of this ended with Gordon being transferred to work as a security guard at Arkham Asylum. It was a bit of a stretch, and it was disappointing to see the episode simply end with Gordon walking toward the building, as opposed to actually being in it, and potentially being mocked and sneered at by some of the men he helped put there. That might have made for a cooler exit. That’s a nitpick, sure, but it feels like the show won’t stick to the Arkham transfer for long, even if there was a cool exchange between Gordon and Bullock about having a drink some time. It seems that Bullock has come to care about Gordon, even if he still views him as a pain in the ass with an overbearing moral compass. 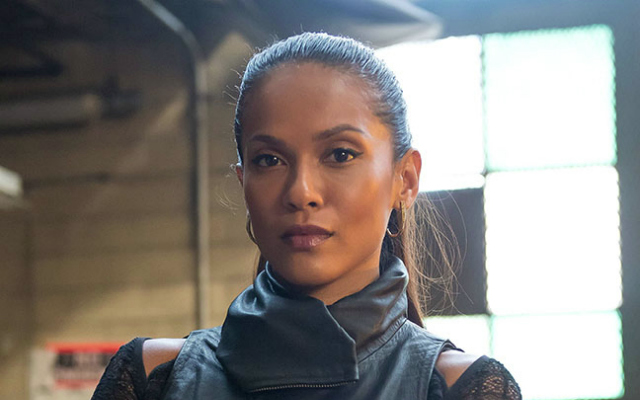 “LoveCraft” was a solid conclusion for Gotham’s 2014 episodes, even if the end portion with Gordon didn’t satisfy as much as the episode’s other elements. It’s probably not long before Gordon finds his way back to the GCPD though, so maybe that’s small potatoes.