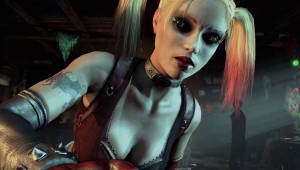 After the second 2016 DC Cinematic Universe movie to follow Batman v Superman: Dawn of Justice was revealed, along with the rest of the DCCU offerings through to 2020, rumour and speculation has run rampant as to which characters and actors will comprise the title roster of Suicide Squad, set to be directed by End of Watch’s David Ayer.

Now, Warner Bros. and DC have revealed the roster and lead actors for the movie, some of which being consistent with rumour, and with at least one complete surprise. Sadly, the squad will apparently be smaller than anticipated however, as rumoured characters like Multiplex and Blockbuster don’t appear to be present in the movie after all.

In any case, the lead cast and characters for Suicide Squad are as follows:

– Will Smith as Deadshot

– Jared Leto as The Joker

Apparently, some roles have yet to be cast. As many would predict, Suicide Squad boss, Amanda Waller will be a part of the movie, with Viola Davis, Octavia Spencer, and Oprah Winfrey being considered for the role. Yes, Oprah Winfrey herself not only has the chance to portray one of the most ruthless government agents in the DC Universe, but is apparently the studio’s preferred choice at present.

Warner Bros. was also sadly mum on the rumours that Jesse Eisenberg will reprise his role as DC ultra-villain and Superman arch-nemesis, Lex Luthor, a character that will debut in Batman v Superman: Dawn of Justice earlier in the same year.

Several of the rumours surrounding the movie’s leads did turn out to be accurate, namely Margot Robbie’s casting as Harley Quinn, and Jared Leto’s casting as The Joker. Tom Hardy was also previously pegged for Rick Flag, confirming reports that he passed on two high-profile title roles for Marvel in both X-Men: Apocalypse and Doctor Strange to return to the DC Universe as Flag, after portraying villain, Bane for Warner Bros. and DC in 2012’s Batman trilogy finale, The Dark Knight Rises. 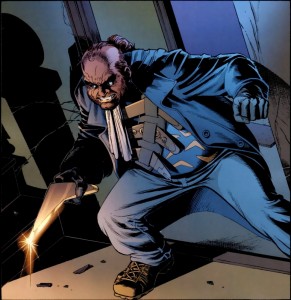 One minor inconsistency seems to be present though, with Jai Courtney and Will Smith’s roles apparently being reversed from the rumours. Smith is playing Deadshot, and Courtney is playing Captain Boomerang, not the other way around. This makes more sense though, since Smith is a very experienced leading man, while Courtney is a more B-list character actor. The cast list also seems to confirm that Courtney’s character is simply called ‘Boomerang’, not ‘Captain Boomerang’ as he is in DC Comics, likely addressing a common criticism of his silly name before the movie even happens.

The big surprise here is Cara Delevingne, an actress you may recognize from 2012’s Anna Karenina adaptation, or Grand Theft Auto V if you’re a gamer. Enchantress was the one character that was never brought up in rumours or speculation, and Delevingne’s casting comes as the big surprise.

If you’re not DC-savvy, we’ll give a quick rundown of the leads. Obviously, The Joker needs no introduction, being the well-known arch-nemesis of Batman, and one of the most beloved villains in pop culture as a whole, let alone just DC Comics. Harley Quinn happens to be The Joker’s sweetheart, a character originally invented for Batman: The Animated Series in the 1990’s, before her massive popularity made her a mainstay in Batman’s rogues gallery within DC media of all forms, including comics. Suicide Squad will mark the first time that Harley has been portrayed in live-action on film, though Mia Sara previously brought the character to live-action television in the short-lived DC television series, Birds of Prey.

As for the others, Deadshot is often portrayed as a key figure of the squad, and is apparently the lead character of the movie. One of the most dangerous assassins in the DC Universe, Deadshot is a master marksman, and is proficient with any and all firearms. (Captain) Boomerang is normally a nemesis of The Flash, a villain that is proficient with boomerangs, and uses trick boomerangs for a variety of tasks. Enchantress is a sorceress, skilled with many different types of magic, and is not to be confused with the Marvel character of the same name, both an enemy of Thor, and lover of Loki. Lastly, Rick Flag is a leader-type figure in the Suicide Squad, one who has no powers, but compensates with extensive military training and fighting ability. 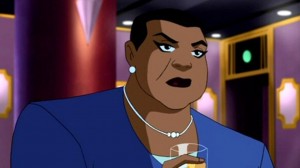 Described as, “The Dirty Dozen with super-villains”, Suicide Squad will depict a team of rogues that are recruited by the U.S. Government. They are arguably one of the most popular villain/anti-hero teams in DC lore, and have appeared in live-action twice on television, once in Smallville, and again in Arrow, with an entirely new roster. While the Suicide Squad has seen dozens of villains enlist over the course of DC media’s history, Amanda Waller, Deadshot, Rick Flag and Bronze Tiger are among its most popular and well-known members.

Suicide Squad will come to theatres on August 5th, 2016.

Keep targeting Eggplante for all news and updates on Suicide Squad, and the DC Cinematic Universe as a whole.