Are you sitting down? 20th Century Fox and Marvel have just revealed the official synopsis for next year’s upcoming reboot movie, The Fantastic Four, and yet more radical changes appear to be on the way for the premise of Marvel’s First Family.

Rotten Tomatoes has broken the story, which Fox later confirmed was accurate. The official synopsis of the movie is as follows:

“THE FANTASTIC FOUR, a contemporary re-imagining of Marvel’s original and longest-running superhero team, centers on four young outsiders who teleport to an alternate and dangerous universe, which alters their physical form in shocking ways. Their lives irrevocably upended, the team must learn to harness their daunting new abilities and work together to save Earth from a former friend turned enemy.” 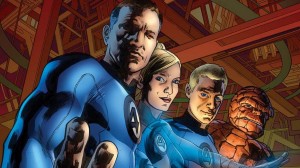 So, not only is the movie’s villain, Doctor Doom now an anti-social computer programmer, but now, the entire movie is taking place in some form of alternate universe. Yes, really.

This synopsis fits with previous claims that The Fantastic Four will tie in more with the rebooted Marvel Ultimate Universe version of the titular team, rather than the classic canon. In Marvel’s Ultimate Universe comics, the Fantastic Four don’t gain their powers from cosmic rays during a mission to outer space, but instead suffer a malfunction with an experimental teleporter, which teleports them across the world, with their familiar powers.

Of course, the movie appears to be taking things one step further, by making the four end up in an alternate universe, not just scattered across the familiar world. This makes it deviate greatly from the source comics, although calling it a more grounded take on the characters is probably a stretch. Regardless, it would appear that Victor Domashev, this movie’s version of villain, “Doom”, as his online handle goes, is simply an anti-social computer programmer in our world, but in this parallel world, he’s probably a cruel dictator, more along the lines of Doctor Doom’s portrayal in Marvel Comics. 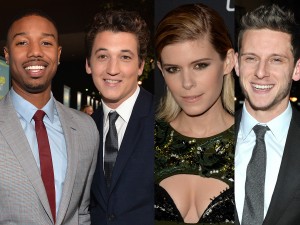 What do you think of the synopsis? Is it a creative new spin on a long-running series, or a terrible butchering of the first superheroes that made Marvel what it is? As usual, your comments are welcome below.

The Fantastic Four stars Miles Teller, Kate Mara, Michael B. Jordan, and Jamie Bell in the title roles, and Toby Kebbell as the movie’s villain, Doom. It will come to theatres in 3D and 2D on August 7th, 2015.

Keep warping to Eggplante for all news and updates on The Fantastic Four.