A particularly pleasant surprise at The Game Awards for 2014 is the highly increased presence of Nintendo. Back when Spike was in charge of the show, Nintendo seemed pretty well entirely absent from each Spike Video Game Awards iteration. Thankfully, with Spike out of the picture, that seems to have changed this year, as Nintendo was an active partner and supporter of the show, not only allowing Wii U owners to stream the event from their console, but also having some big news to share during proceedings too. 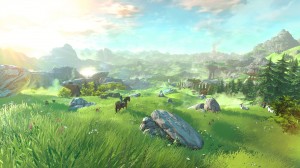 Obviously, the biggest of this news was the first reveal of gameplay for the currently-untitled new Legend of Zelda game coming to Wii U. Legend of Zelda series producer, Eiji Aonuma played a demo of the game from the Nintendo offices, with Legend of Zelda creator, Shigeru Miyamoto spectating and commenting alongside.

While details on the game are still thin, Aonuma showed off the first gameplay features in the demo. Playing with the Wii U Gamepad, Aonuma showed how the Gamepad can be used as a dynamic map, complete with waypoints, and also continually alluded to the colossal size of the game’s persistent open world. Aonuma showed how players can look around and aim by moving and viewing with the Gamepad, and also that the horseback controls on Epona have been refined. Epona will now run automatically, dodging obstacles such as trees automatically in turn, leaving Link free to swing his sword and aim his bow without issue.

While no dungeons were shown, a new ability was demonstrated, whereupon Link vaults off of Epona, down-jabbing his sword into some Bokoblins for a quick defeat. It would seem that horseback combat will have a much higher focus in this new game, particularly considering the frequent allusions that Aonuma made to Miyamoto about how it would likely be unfeasible for Link to travel the highly detailed open world on foot in any short amount of time. Despite that, the Sailcloth item from The Legend of Zelda: Skyward Sword on Wii was confirmed to return in the new Wii U game, allowing Link to glide down from high clifftops. 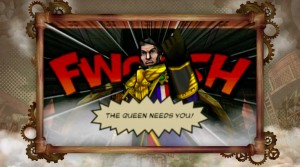 Aside from the brief Legend of Zelda demo, Nintendo offered updates on several of their other 2015 games over the course of the show. One important update even came during the Legend of Zelda demo, whereupon Aonuma innocently asked Miyamoto on his progress with the new and also-untitled Star Fox game that is coming to Wii U in 2015. A very quick (and small) snippet of gameplay for the new Star Fox game was shown in the corner, with Miyamoto making the important confirmation that the new Star Fox game will launch before the new Legend of Zelda game, but both would definitely be launching for Wii U in 2015.

Also mentioned in passing during the demo was the recently-announced remake, The Legend of Zelda: Majora’s Mask 3D, coming to 3DS in Spring 2015. Aonuma claims that the game will have refinements and increased accessibility that he can’t currently discuss, but the famous three-day mechanic will be intact. 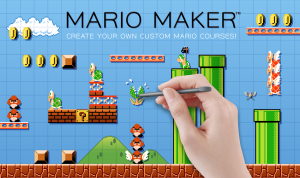 In other 3DS news, anticipated new IP, Code Name S.T.E.A.M. will officially launch for 3DS on March 23rd, 2015. The game had a new trailer shown during The Game Awards, to go along with its newly-revealed release date.

2015 is sure shaping up to be an exciting year for Nintendo! Keep following Eggplante for all news and updates on Nintendo’s projects.