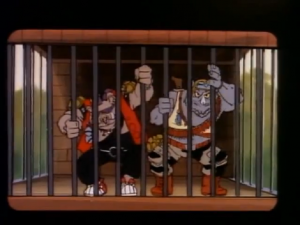 Thankfully, that’s finally about to change. The producer of 2016’s currently untitled sequel to this past August’s Teenage Mutant Ninja Turtles reboot movie, Andrew Form has confirmed that Bebop and Rocksteady will appear in the sequel. “We can say that Bebop and Rocksteady are in the film, and Casey Jones is a character that we love and we’re trying to fit him in as well”, the latter point referring to the hockey mask-sporting vigilante that sometimes teams up with the Turtles.

This offers our first story nugget about a movie that has had no other details released about it so far. Form also confirms that Megan Fox will reprise her role as April O’Neil from the first movie, and ditto for Will Arnett as Vernon Fenwick. William Fichtner and the respective Turtles actors are also signed for three movies, and are likely to reprise their roles as well. The Turtles’ arch-nemesis, Shredder will also return in the sequel according to Form, confirming that he did indeed survive the final battle with the Turtles in the first movie. It would appear then that, as with other media, Bebop and Rocksteady will be created as new henchmen for Shredder, as an attempt to adapt to the Turtles’ tactics.

Formerly human gangsters, Bebop and Rocksteady, respectively a humanoid warthog and rhinoceros, become mutants that serve Shredder after a  risky experiment. While both characters were indeed made stronger, they remain a duo of bumbling idiots even after their mutation, which has led to them being a beloved double act of incompetent henchmen. 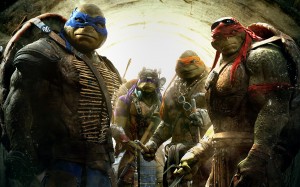 Michael Bay is said to be returning as a producer on the untitled Teenage Mutant Ninja Turtles movie sequel, with Josh Applebaum and Andre Nemec returning as both screenwriters and producers. Jonathan Liebesman however will not return to direct the follow-up. Instead, Earth to Echo director, Dave Green is currently in talks for the gig.

Keep leaping to Eggplante for all news and updates on Teenage Mutant Ninja Turtles.