There’s no questioning that The Witcher 3: Wild Hunt is going to be huge. It’s probably the hugest next-gen game endeavour yet attempted. In fact, even CD Projekt Red appears to be consistently underestimating the size of the game, as they’ve just been forced to delay it once again. 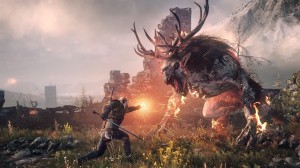 Originally planned for a release this Holiday season, and later planned for February 2015, The Witcher 3: Wild Hunt has now moved to May 19th, 2015. CD Projekt Red was blunt about the reasoning behind the delay, stating in an open letter to fans that the game just isn’t ready yet, and they’d rather not ship a broken product.

“Ever since we started working on The Witcher 3: Wild Hunt, we knew it would be an ambitious game. We wanted, and still aim to give you an incredible experience, an epic adventure in a vast, completely open fantasy universe” it begins. “The sheer size and complexity of The Witcher, key features of the title, have had a decisive impact on production. Now, nearing the end of our work, we see many details that still need to be corrected. When we release the most important game in our studio’s history, we must be absolutely sure that we did everything we could to limit any bugs to a level that will allow you to enjoy the game thoroughly” it continues. They make no excuses either. “We owe you an apology. We set the release date too hastily” the company openly admits.

While this delay will no doubt be frustrating to fans of the series that have been eagerly anticipating its third installment, it’s definitely good of CD Projekt Red to be honest and open with their fanbase, and simply admit that the game isn’t ready yet. It’s all the more good when one considers the heinous amount of games that shipped during the now-infamous Q4 2014 triple-A game lineup, which has been rife with broken, missing or otherwise non-functional content across almost all of its games, which has ranged from frequent nuisances to making some games virtually unplayable at launch, in whole or in part. 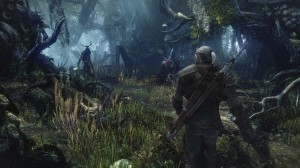 Set to be published by Warner Bros. Interactive, The Witcher 3: Wild Hunt is based on the series of Polish novels of the same name, and is said to be concluding the beloved RPG franchise. The game was shown off at The Game Awards this past Friday, where it was first confirmed that series protagonist, Geralt of Rivia won’t be the game’s only playable character.

The Witcher 3: Wild Hunt will release for PC, PlayStation 4 and Xbox One.

Keep conjuring Eggplante for all news and updates on The Witcher.