Hideo Kojima sure loves his pranks when it comes to high-profile game announcements. He also seems to think that December’s awards show is a great place to execute them. 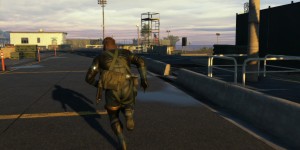 After initially ‘announcing’ Metal Gear Solid V: The Phantom Pain at the Spike Video Game Awards 2012, as a non-descript teaser for ‘The Phantom Pain‘ by false Swedish company, Moby Dick Studios. Kojima may have tried the same tactic again at this year’s The Game Awards. Some eagle-eyed and learned fans watching the stream while Kojima revealed the revised Metal Gear Online noticed that Kojima was wearing a shirt that said, “tjugoandra den sjatte.” This is Swedish for, “Twenty-sixth and sixth.”

Naturally, fans have speculated on why Kojima would be wearing such attire when presenting Metal Gear Online. After all, most game developers wear shirts advertising the game, assuming it’s descriptive fashion at all. There is one obvious speculation that many who translated the shirt have already pointed out though– “Twenty-sixth and sixth” could stand for, “June 26th.” Considering that we already know that Metal Gear Solid V: The Phantom Pain is due for release in 2015, we can easily infer that Kojima may in fact be hiding the game’s release date in plain sight. The fact that Kojima already announced the game by making a fake Swedish company also strengthens the evidence.

Of course, one potential oddity with this announcement is that June 26th, 2015 is a Friday. Some video games do release on Friday’s, namely Nintendo’s first-party releases, but given Kojima’s love of cimema, with new movies debuting on Friday’s, it’s not outside the realm of possibility that Metal Gear Solid V: The Phantom Pain could be getting the Summer blockbuster treatment, so to speak. 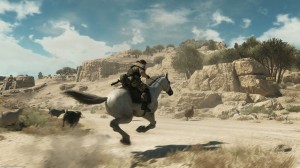 Konami nor Kojima Productions have confirmed the speculation. If it turns out to be true though, Metal Gear Solid V: The Phantom Pain would so far be sharing the otherwise dry gaming month with another highly anticipated open-world stealth sequel, Batman: Arkham Knight from Warner Bros. Interactive and Rocksteady.

Keep sneaking to Eggplante for all news and updates on the Metal Gear Solid series.