Now that The CW’s hit new DC television series, The Flash has cemented its success, more references and nods to the original short-lived 1990’s television series have safely started rolling in. After original Flash actor, John Wesley Shipp snagged the role of Barry Allen’s imprisoned father, and Tina McGee, a character invented for the 1990’s show is set to debut in the 2014 show, played by the same actress no less, an even bigger celebration of the original show is on the way– DC villain, The Trickster is coming to The Flash, and he’ll once again be portrayed by Mark Hamill. 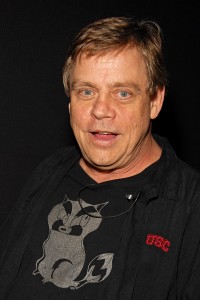 Hamill is best known in the DC community as the voice of Batman arch-nemesis, The Joker, from various bits of DC media starting with Batman: The Animated Series, all the way to his apparent final bow in the role in 2011 video game, Batman: Arkham City, but beforehand, Hamill made a brief appearance as The Trickster in the original 1990 television show, also called The Flash. This version of Trickster had a new female sidekick, Prank, and was a slightly darker, more psychotic version of who is normally somewhat of a gag villain for The Flash in DC Comics. While more recent comic book appearances have tried to make the character more menacing, Trickster is not much of a real threat in most of his appearances in DC lore, and is often treated as more of a mere nuisance.

Hamill also reprised his role as Trickster in voiceover on DC Animated Universe crossover series, Justice League Unlimited, a nod to his original DC role in 1990. Thus, Hamill ultimately ended up voicing both Trickster and Joker in that series. 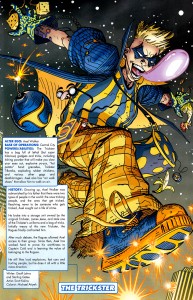 The Trickster relies on tricks and illusions to create confusing, mind-bending crimes, and perform seemingly impossible feats. In the DC Television Universe, Hamill’s Trickster will again be a darker version of the character, being an anarchist, terrorist and con man who is serving a life sentence in Iron Heights Prison, right alongside John Wesley Shipp’s Henry Allen. Barry and Detective West will be forced to seek the help of Trickster from Iron Heights, who will be the original James Jesse version of the character, after a wannabe Trickster begins committing similar crimes throughout Central City.

Trickster will make his debut in a Spring 2015 episode of The Flash, later in the season.