Square Enix’s HD re-release of Final Fantasy X and Final Fantasy X-2 is, as rumoured, coming to PlayStation 4. Following an accidental leak on Square Enix’s French website, complete with box art, the company has since confirmed that the posting was premature, but legitimate. Final Fantasy X/X-2 HD Remaster is officially headed to Sony’s next-gen console in Spring 2015. 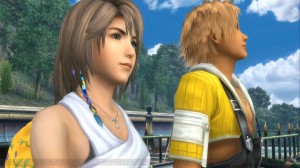 Originally announced for Final Fantasy X’s tenth anniversary in 2011, Final Fantasy X/X-2 HD Remaster spent a surprisingly lengthy amount of time in development. Only this past March did it finally release for PlayStation 3 and PlayStation Vita, supporting cross-save, but not cross-buy. The remastered bundle included HD revisions of both games, also adding in an all-new half-hour epilogue, trophies, and the formerly Japan-exclusive content that was available in the Japan-only special editions, Final Fantasy X International and Final Fantasy X-2 International: Last Mission.

Final Fantasy X originally launched for PlayStation 2 in 2001, where it received huge critical acclaim and massive sales worldwide. The game is a turn-based RPG that involves main character, Tidus getting lost in the parallel world of Spira after an attack on his hometown by unstoppable monster, Sin, and undergoing a pilgrimage with summoner, Yuna and her guardians to eradicate Sin from the world. Final Fantasy X-2 also originally debuted on PlayStation 2, this time in 2003, and holds the distinction of being the first ever direct follow-up to a numbered Final Fantasy entry that continued a previous story. Final Fantasy X-2 has Yuna heading up a group of treasure hunters two years after the events of Final Fantasy X, and pursuing evidence of her lost love’s survival. 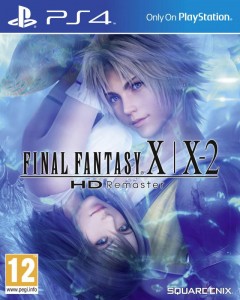 Keep questing to Eggplante for all news and updates on the Final Fantasy series.