After a big helping of strong episodes throughout late October and early November, The Big Bang Theory took a lengthy two-week break for whatever reason, capping off 2014’s episodes with a Christmas episode. This is interesting, as Season Eight hasn’t had any other Holiday-themed episodes at this point. The show has managed some really good Christmas episodes in the past as well, so why not?

Unfortunately, “The Clean Room Infiltration” is a bit of a speed bump after the range of great episodes that the show has enjoyed lately. It’s not bad per se, but it is quite uneven, and most of its plotting really falls shy of its potential. 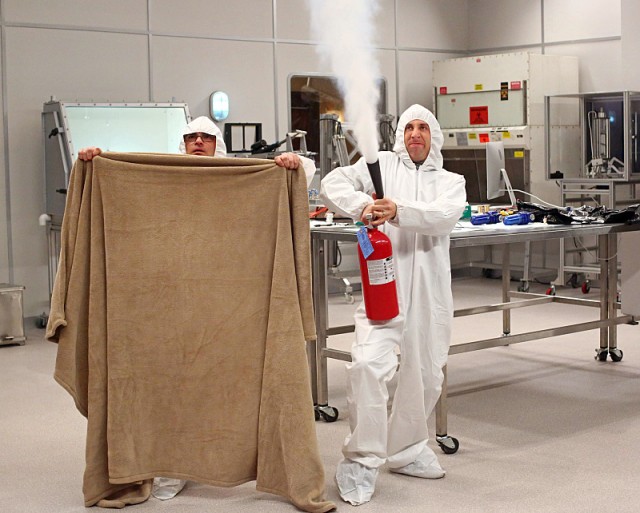 The main plot of the episode comes with Amy deciding that she wants to get everyone together for an old-fashioned Victorian-style Christmas. Since Raj’s parents have just divorced, Raj’s father, Dr. Koothrappali is invited along as well, and finally gets to interact with the other characters in the flesh after spending pretty much the entire series on a computer screen up to this point. It’s a great way to make the show’s Christmas episode stand out this year, while also effectively building on the somewhat undercooked drama of Raj’s parents divorcing from the previous episode.

It’s just too bad that said drama is still undercooked then. Dr. Koothrappali was ultimately given nothing to do but go for the low-hanging fruit and bitch about his ex-wife. It didn’t lead to any real laughs of note, and it was a real waste of finally having the character directly interact with everybody.

Worse still is the fact that most of the characters were missing from Amy’s Victorian Christmas, leaving Dr. Koothrappali, Penny and Amy to try and play ridiculously old-fashioned family games, like blowing a ball of yarn around the table to try and drop it off. Again, it’s not all that funny, and it feels too predictable. Sadly, the main plot of the episode really fell flat for the most part.

Fortunately, at least most of the guys were involved in a far better B-plot. After doing an experiment in the clean room, Leonard and/or Howard accidentally lets a bird into the room, and they have to get it out, eventually having to enlist Raj’s help as well. This was where most of the funny jokes happened, even if poking at Howard and assuming that he’s the negligent one was also predictable. Still, while silly, this subplot easily generated the biggest laughs, and made for a brighter spot in an otherwise weak Christmas episode.

Sheldon wasn’t present in the clean room, and was instead being driven to see Amy by Bernadette. Sheldon and Bernadette is a very infrequent pairing, but again, the episode wastes it. Sheldon gets petty, and decides he wants to get back at Amy for making him go to Victorian Christmas, specifically by buying her a present when they agreed not to exchange gifts, so she would be burdened by obligation. So, he makes Bernadette take him to get a photo of Santa Claus. At the very least, Santa himself had a hilarious quip when Sheldon explains his plot to him, stating that Amy merely dating Sheldon is punishment enough for her.

Yet again though, the result of this plot could be predicted long in advance. Amy ends up loving Sheldon’s gift, and apparently got him something as well. Turns out, Amy learned the recipe for Sheldon’s grandmother’s special Christmas cookies, and baked them perfectly. I won’t lie, this is the one part of Amy’s Victorian Christmas that actually worked. The emotional ending to what was otherwise a childish ploy by Sheldon was very gratifying, as was Sheldon outright admitting to Bernadette in the mall that he loves Amy as well, even if he did follow it up by asking what would make her feel small and worthless immediately after. 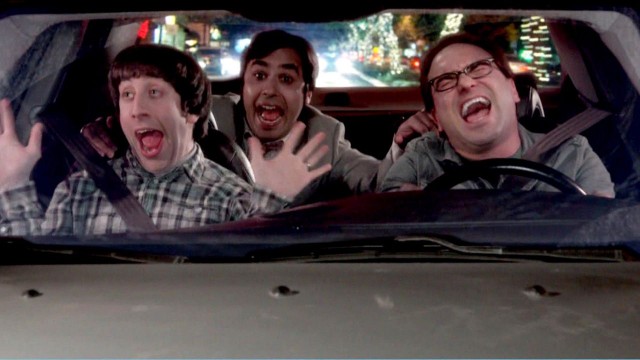 “The Clean Room Infiltration” was an underwhelming episode with diminished laughs, and only one truly effective plot, even if it at least ended on a satisfying note for Sheldon and Amy. It’s very disappointing that the show brought forth some great episode concepts here, and then failed to capitalize on most of them. Even if this felt like a weak Christmas episode though, at least it shouldn’t ding the show’s momentum too much after it returns in January.

The Big Bang Theory 8.11: "The Clean Room Infiltration" Review
The Big Bang Theory tripped up a bit with its uneven, disappointing Christmas episode for Season Eight, even if the titular story was at least good.
THE GOOD STUFF
THE NOT-SO-GOOD STUFF
2014-12-12
68%Overall Score
Reader Rating: (2 Votes)
86%