PlayStation Now has been in beta for the better part of a year, and in public beta for just about half a year. In that time, one of the most frequent requests by users is a paid subscription, which would help to get around some of the expensive prices that people must negotiate to stream games with any reasonable amount of time. 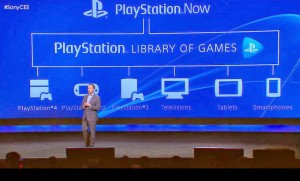 While the PlayStation Now service currently only supports PlayStation 3 games, Sony has entertained plans to eventually add games from legacy platforms like the original PlayStation and PlayStation 2, though it’s currently unknown if they’ll have different pricing models from the more recent PlayStation 3 selection. Sony reminds PlayStation Now users that a paid subscription will get you infinite access to plenty of great PlayStation 3 games supported by a slew of publishing partners, including Sega, Warner Bros., Square Enix, and of course, Sony’s own Sony Computer Entertainment portfolio, as well as the works of many indie developers. These include games like Uncharted: Drake’s Fortune, God of War: Ascension, Batman: Arkham City, BioShock Infinite, and more.

PlayStation Now has been praised for its streaming quality in most games, as well as its wide selection of PlayStation 3 games, and the fact that it supports permanent trophies and online play, even in streamed rentals. Criticism has been drawn from the inconsistent and sometimes excessive pricing of the current model however, as well as the fact that the service feels like an underhanded way to charge gamers for backwards-compatibility on the PlayStation 4.

Competitor, Microsoft is rumoured to be working on their own streaming service for legacy Xbox titles, though the Xbox maker hasn’t explicitly confirmed any such plans, despite demonstrating Xbox 360 games like Halo 4 streaming on their current Windows phones during past trade events. Nintendo is also looking at the streaming model for future platforms, but also hasn’t publicly committed to it quite yet.

Keep streaming Eggplante for all news and updates on PlayStation Now, and other PlayStation services.