The CW is rallying tons of press around their shows at the Television Critics Association right now. Enjoying the most press of all are the network’s two DC Comics-inspired shows, Arrow and The Flash, with The CW’s DC Television Universe being spotlighted with costume displays, future story teases, and more! 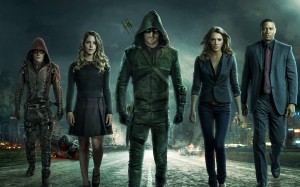 It should surprise no one then that The CW announced at the event that both Arrow and The Flash have been renewed for new seasons in the 2015/2016 season. This would mark the fourth season for Arrow, still one of the network’s most successful shows at present, and the second season for The Flash, a show that has enjoyed record-breaking success since its debut late last year, and recently took home a People’s Choice Award for this season’s best new television drama. The Flash recently overtook Arrow in ratings, and is now the highest-rated show on The CW at present, and in the network’s history, with Arrow now being the second-highest rated show on The CW at this time. 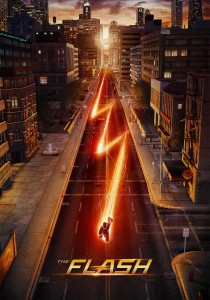 ugh The CW was mum on which DC hero may headline it. The most likely contenders are Brandon Routh’s Ray Palmer/The Atom, with Routh himself playing coy and suggesting that talks have been done in a, “Very general way” regarding a spin-off that may incorporate his Arrow character, or Ted Kord/Blue Beetle, a fan-favourite DC superhero that was teased at length during Arrow’s second season. If you weren’t aware, the character of Ray Palmer in Arrow’s currently-airing third season was meant to be Ted Kord (which would explain his vast wealth and upbeat personality that aren’t consistent with Ray Palmer in DC Comics lore), but DC insisted that the character be changed to Ray Palmer, so as not to violate, “Special plans” they had for the Blue Beetle. Hmmm…

In any case, this mystery show isn’t Supergirl, a DC Comics show that is already being picked up straight-to-series on CBS, who co-own The CW with DC Comics parent, Warner Bros. With that said, DC Television Universe ‘godfather’, Greg Berlanti, one of the lead developers of Supergirl, has re-affirmed that Supergirl sharing a universe with Arrow and The Flash is possible, and hasn’t been ruled out, though he has nothing to announce at this time.

Finally, The CW confirmed that iZombie, the self-contained Vertigo/DC show inspired by the comic book series of the same name, has a premiere date. It will air its first episode on Tuesday, March 17th, at 9:00-10:00 P.M. EST, right after The Flash. This also means that Supernatural will then move a day ahead to the 9:00-10:00 P.M. EST timeslot on Wednesday, immediately following Arrow. The CW also confirmed that they will debut two new shows on Friday, April 10th, The Messengers and Cedric’s Barber Battle, the former being a fantasy/horror drama, and the latter being a reality TV series starring comedian, Cedric the Entertainer. 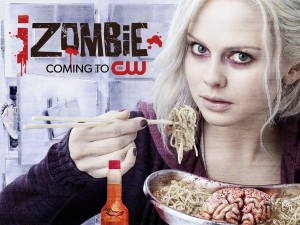 This appears to be a joyous occasion indeed for fans of The CW’s programming, which appears to be going stronger than ever lately, especially for DC fans! Be sure to keep tuning in to Eggplante for all news and updates on The CW’s television slate, and the DC Television Universe at large.