After having to be delayed out of the November 2014 launch window that was secured by the game’s new PlayStation 4 and Xbox One editions, Grand Theft Auto V set a revised PC launch date of January 27th. Now however, it seems that it won’t even be making that. 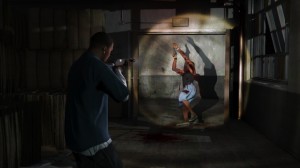 Rockstar Games has announced that their long-awaited PC version of Grand Theft Auto V has been delayed to March 24th, almost two whole months away. Rockstar apologizes for the delay, but assures that the PC version of the game still needed extra work and polish, and they wanted to ship the game as the best possible product it could be for PC gamers. That’s understandable, considering that Q4 2014 had a huge problem with rushing faulty, often broken games to retail to buoy Holiday sales numbers for numerous publishers, and the PC version of Grand Theft Auto IV had a slew of launch problems itself, including heaps of bugs, back in 2008. This is to say nothing of the bugs that the console versions of Grand Theft Auto V have already struggled with at times, primarily within the game’s online component, Grand Theft Auto Online.

As an attempt to placate frustrated PC gamers who are eagerly awaiting the game, Rockstar has released the game’s system requirements and approximate PC-exclusive capabilities, which include triple-monitor configuration, Nvidia 3D Vision, native 1080p and 60fps, and even support for 4K resolution. The game will also launch with the much-touted Grand Theft Auto Online heists apparently, which are said to be coming to the four console builds a couple of weeks earlier. Lastly, it will support the increased 30-player count in online sessions, as with the PlayStation 4 and Xbox One versions of the game.

Predictably, Grand Theft Auto V will require loads of hard drive space to play on PC, and a pretty powerful rig to run the game properly. You can check out the minimum and recommended requirements, straight from Rockstar, below:

Grand Theft Auto V is currently available on Xbox 360, PlayStation 3, PlayStation 4 and Xbox One, where it has enjoyed record-breaking

success and universal critical acclaim. The PC version was demanded with a lengthy petition on change.org ever since the launch of the last-gen builds in September 2013, and was announced alongside the revised PlayStation 4 and Xbox One versions at E3 2014 last June. PC gamers have certainly had to wait a while for the game, but it sounds like they’ll be getting the most powerful and flexible version of the lot, particularly given that even now, Grand Theft Auto IV has enjoyed a highly devout and creative modding community in the PC space.

Keep jacking Eggplante for all news and updates on Grand Theft Auto.