Bethesda’s troubled MMORPG, The Elder Scrolls Online is coming with several major updates, particularly for its still-upcoming console builds. First and foremost among these is that the controversial paid subscriptions that the game demanded are being thrown out, no doubt much to many a player’s delight. The game isn’t quite going free-to-play just yet however, since it still requires a one-time fee to purchase, though will no longer keep charging you monthly. 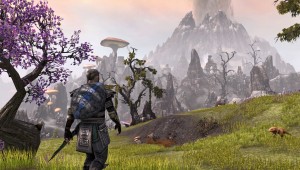 The new updated version of the game is being dubbed ‘The Elder Scrolls Online: Tamriel Unlimited‘, and anyone who has already pre-ordered the game for PlayStation 4 or Xbox One will automatically have their pre-order changed to this new version. As for existing PC and Mac players, the change will go into effect on March 17th, at no extra cost. Players need simply log in and update the game client. The upgrade would also explain why several retailers have been pulling physical PC and Mac copies of The Elder Scrolls Online from store shelves recently.

Bethesda has also set a launch date for the long-delayed PlayStation 4 and Xbox One ports of The Elder Scrolls Online: Tamriel Unlimited, that being June 9th. The console versions of the MMORPG were delayed for over an extra year after the original PC and Mac builds launched in April 2014, netting mixed-to-negative reception for being buggy, costly, and virtually unfinished. Even the delayed Xbox One build ended up in some hot water long before release, as it requires an Xbox Live Gold subscription to play, though the PlayStation 4 edition does not demand a PlayStation Plus subscription, despite PlayStation Plus being required to play most games online on PlayStation 4. This plan unfortunately doesn’t seem to have changed for Xbox gamers.

Bethesda assures that the PlayStation 4 and Xbox One versions of The Elder Scrolls Online: Tamriel Unlimited will include all updates and content additions that will have been made available for PC and Mac by June. 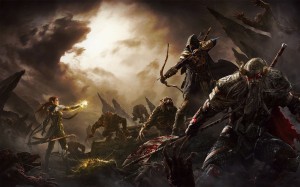 Even though the game will now be free past the initial purchase, Bethesda will still offer a paid premium membership for The Elder Scrolls Online, which will come in one-month, three-month or six-month increments. Dubbed ‘ESO Plus’, the premium service doesn’t appear to have settled on prices quite yet, but it has been confirmed to give a monthly bonus of Crowns (an in-game currency), full access to any and all DLC, and bonus boosts to EXP and Gold that players earn in the game.

Does the removal of a mandatory monthly fee persuade you to play The Elder Scrolls Online at all? Do you think the option of a premium membership for the game is a good idea or a bad idea? As usual, your comments are welcome below.