The Flash kicked off its 2015 episodes with quite the bang, not only bringing back Wentworth Miller’s fan-favourite villain, Leonard Snart/Captain Cold, but also reuniting Miller with his Prison Break co-star, Dominic Purcell, who is taking up the mantle of fellow DC Rogue, Mick Rory/Heat Wave. This marks the show’s first serious push to getting the regular gallery of Flash villains, The Rogues into proceedings, and made for a very entertaining return for what is quickly proving to be one of this season’s best new shows overall.

Despite the coming menace of Captain Cold and Heat Wave, Barry is instead focusing on training harder and pushing his limits so that he can get stronger and faster, following his ill-fated confrontation with Reverse Flash during the midseason finale in December. The episode attempts an interesting conflict, where Barry must decide to ignore the Rogues in favour of training for a much deadlier opponent, and entrusting Central City’s police to apprehend Snart and Rory in the process. This also leads to a chance for S.T.A.R. Labs to redeem themselves to the CCPD, who are still a bit sore over the particle accelerator accident that kicked off the show. 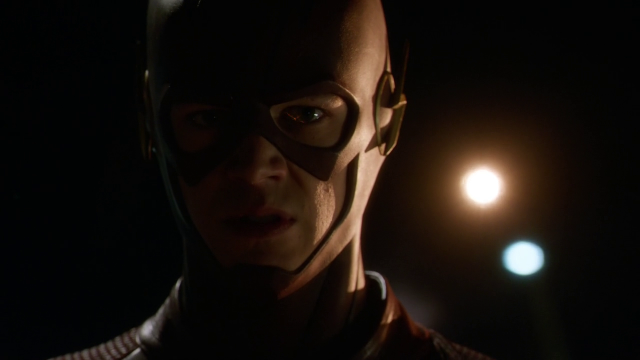 Naturally though, the special cold-resistant shields that Cisco prepares don’t account for Snart’s new buddy, with the CCPD helpless to prevent the Rogues from stealing a very valuable painting from super-rich couple, the Rathaways (a not-so-subtle reference to the imminent introduction of Flash villain, Pied Piper in next week’s episode!), and nonetheless turning Barry onto their trail.

But it’s all according to plan for Snart! As an early foundation for the future creeds of the Rogues (which include never killing anyone, never getting into drugs, and always keeping it about the score), Snart isn’t actually aiming to cause any real trouble for the city. Instead, he simply wishes to expose The Flash to Central City, and he succeeds! Following Snart and Rory kidnapping Caitlin and threatening to kill her if The Flash doesn’t reveal himself, Barry has no choice but to shift his priorities away from Reverse Flash. With the police helpless to stop the duo of villains, Barry must face them directly in the streets towards the end of the episode, the much-hyped confrontation that many viewers were no doubt waiting for. 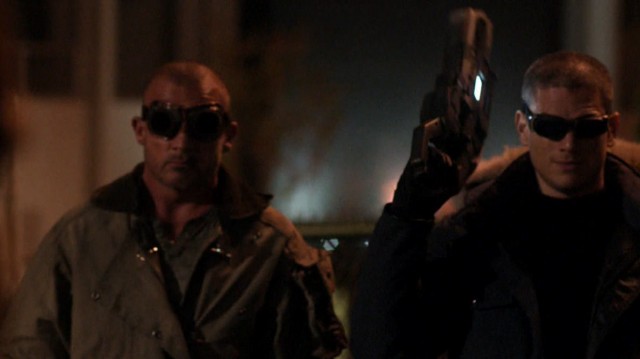 So how was the big fight?! It was good enough. It’s actually a bit inferior to the awesome train derailing sequence that Snart gave us at the conclusion of the excellent fourth episode of The Flash last year, but is still plenty entertaining to watch, especially considering having to work with a TV budget. Seeing Miller and Purcell together again is also a treat for avid TV drama enthusiasts, even if they’re pretty goofy compared to their characters on Prison Break. Still, their giddy and mischievous spirit suits DC’s Rogues well, who pretty much live a life of criminal whimsy, treating Central City as their playground, and enjoying menacing The Flash for its own sake, rather than aspiring to actual dangerous designs for the DC Universe like, say, other Flash antagonists such as Professor Zoom or Gorilla Grodd.

Barry eventually subdues the two villains (after a great save by Eddie!), while Cisco and Detective West save Caitlin, though the bad guys don’t even make it to Iron Heights Prison. As yet another tease for episodes to come, the episode concludes with all of the guards mysteriously being taken out around Snart’s and Rory’s highly guarded prison transport, and Snart concluding the episode with the curt line, “Hey, Sis” as the door of their transport is ripped open by an unseen figure. For those outside of the DC loop, Snart’s sister, Lisa Snart is another icy Flash antagonist, the Golden Glider, and it’s actually a better outcome when we know that the Rogues are only getting bigger and stronger from here, despite Barry’s best efforts. This is especially true when you consider how entertaining a character that Captain Cold especially has been so far on this show. 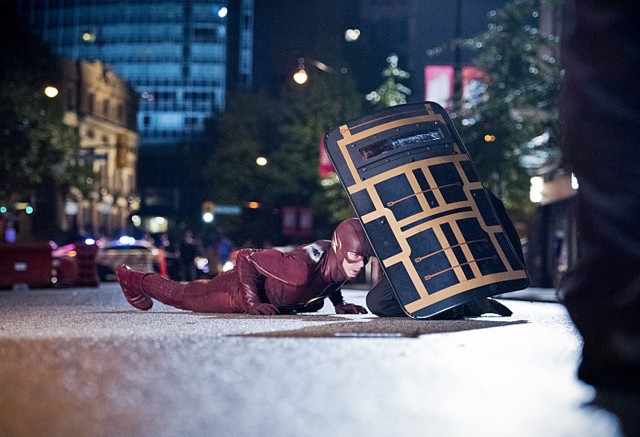 Beyond the Rogues, Barry faced up to the romantic feelings that he confessed for Iris during the midseason finale, as Iris prepares to move out of Detective West’s place and shack up with Eddie. The line about Barry joking that he could see the future and see the two being fine long-term is very sweet, as was the subtle implication that Iris might possibly know on some level that Barry is the true man for her, albeit in the future. Does this mean that Eddie is headed for a dark turn at some point, especially considering his obvious connection to Flash arch-nemesis, Professor Zoom? We’ll have to see. It will also be interesting to see whether the dynamic of the show changes with Barry moving back home with Detective West, seemingly at random, but then again, we wouldn’t want Detective West to get lonely with Iris gone.

Once again, the only bit that isn’t quite fitting here is the Firestorm plot, with Caitlin contacting a grad student, Jason Rusch (who is actually the second Firestorm of DC lore), and learning that the Firestorm name is an acronym that Ronnie muttered semi-deliriously, and was headed by Dr. Martin Stein, a physicist that makes up the second mental half of Firestorm in DC canon. The episode gives us our first look at Stein, and teases that the Firestorm project earned the attention of the military, and potentially General Eiling, but again, it’s still not leading anywhere worthwhile yet. The disappointing aftertaste of Caitlin’s Firestorm hunt may simply be due to this midseason premiere feeling pretty over-stuffed though, considering that the show has to catch up on a lot following the Winter break, and the very dramatically ambitious midseason finale last year. 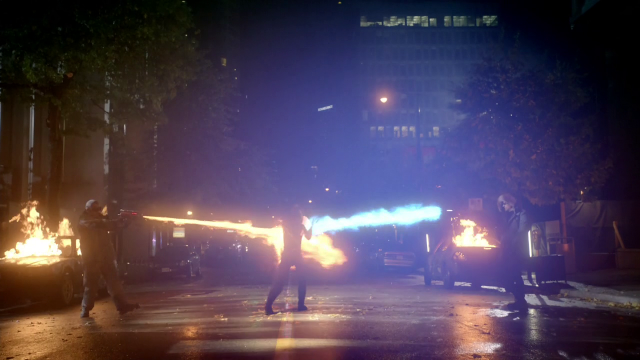 “Revenge of the Rogues” is a fun episode and a triumphant return for The Flash in 2015. It may have simply been about good clean fun, and no real plot developments that felt as heavy or earth-shattering as those in the midseason finale, “The Man in the Yellow Suit” were present, but that’s fair enough. Given the glossy, upbeat tone of the show, it’s good to get back to Central City with the clear indication that The Flash is as enjoyable to watch as ever in 2015, and it’s awesome that this is still the bottom line!

The Flash 1.10: "Revenge of the Rogues" Review
With an enjoyable super-villain team-up and plenty of entertaining fun, The Flash returned strong for 2015, even if it kept the drama to a minimum.
THE GOOD STUFF
THE NOT-SO-GOOD STUFF
2015-01-21
88%Overall Score
Reader Rating: (1 Vote)
88%