Parks and Recreation continued with the Leslie/Ron feud in its next double bill of episodes, with Leslie getting a new tactic in the form of trying to declare the Newport land a historically significant site that can’t be developed upon. Meanwhile, a typical feud between the debate of style vs. substance ensues, with Ron employing Tom and Donna’s tactics to jazz up Gryzzl’s savvy desires, while Leslie impotently tries her objective facts.

It’s a joke that’s been done before on this show, and one that Parks and Recreation does really well. The joke is all the better when one considers that Leslie’s strategy involves William Henry Harrison, a Pawnee man who became President of the United States in 1840, and is characterized as refusing to wear a coat, and dying after just over thirty days after his election. Even Leslie proudly declares that she’s grasping at straws in the opening moments of the episode, but as usual, is determined not to lose in her bidding war for the land. 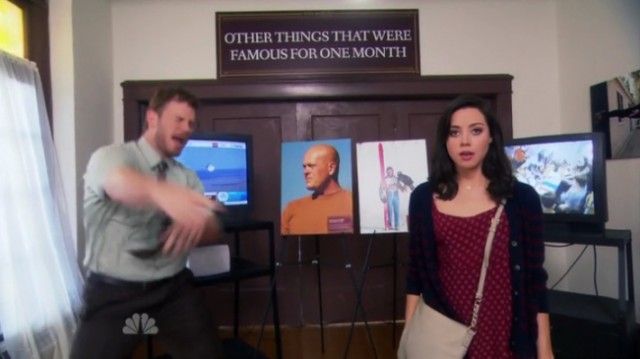 As reliably funny as it was however, “William Henry Harrison” suffered from being a blatant two-parter, perhaps knowingly exploiting NBC’s strategy of rushing through Parks and Recreation’s final season by airing two episodes per Tuesday now. The episode mainly felt like a simple lead-in to bigger developments in the following episode, even if it did still provide plenty of laughs, and made for a welcome return for Pawnee’s lifestyle guru, Annabel Porter.

Speaking of Annabel Porter, Ron’s reactions to her latest trends continue to be hysterical. When Annabel Porter brings up her latest fad to Tom and Donna, “Beef milk”, then describes it as gleaning milk from small holes on a cow, Ron simply responds, “That’s *bleep* milk!”, only to have Tom respond that the difference between beef milk and normal milk is that milk is $3.00 a gallon, while beef milk is $65 a gallon. Hilarious!

As you can see, there was nothing fundamentally wrong with the material here. The characters all did what they do best, and the storyline was plenty serviceable. The payoff just didn’t really come within the constraints of this episode, which basically makes this episode filler. Mind you, Parks and Recreation’s filler episodes are still better than the majority of comedy episodes across television, but considering that Season Seven started with the show’s reliable top-quality antics, “William Henry Harrison” sort of felt like it was just buildup and no resolution, particularly with the Leslie/Ron feud, which had become in danger of wearing out its welcome here.

Still, the show seems to consistently be on its A-game with small subtle jokes, and “William Henry Harrison” was no exception. From the William Henry Harrison museum’s “Only Famous for a Month” wing, to Ron’s crew debating assorted Pawnee celebrities (many of which are nice nods to longtime fans that have stood by the series’ entire run at this point), and Game of Thrones apparently having a series finale where a major character marries Captain Jack Sparrow from Pirates of the Caribbean (apparently the show has really gone downhill in 2017), the episode still had plenty of great bits to munch on, while also continuing to deal with April’s existential crisis in increasingly absurd ways. Apparently, Andy’s best ideas all involve trampolines, because why wouldn’t they?

When all was said and done, the feuding between Leslie and Ron became so heated that both sides of the debate eventually locked them in the old Parks office, and forced them to take an entire night to work out their differences. This is where the episode ends in a cliffhanger, with both Leslie and Ron screaming futily on the other side of the door as the credits roll, and the next episode begins. 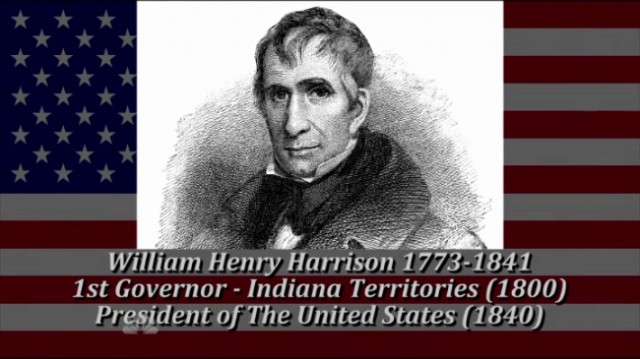 There isn’t much to say about “William Henry Harrison”, which felt pretty lukewarm for Parks and Recreation standards. Like I said though, even lukewarm Parks and Recreation is better than the majority of television comedy. Besides, the payoff to this episode’s events makes it feel nonetheless satisfying, since everything leads to something truly amazing in the following episode.