NOTE: Full spoilers from throughout the final season of Parks and Recreation are present in this review

It’s the end of an era for NBC. After the big comedy boom it got from The Office in the mid-2000’s, another little comedy that could sprang from that positive movement on the same network, that being Parks and Recreation. Originally planned as a spin-off of The Office before instead becoming its own thing in its own universe, Parks and Recreation may not have been a ratings giant, but it was nonetheless incredibly well-received, and unlike the diminishing returns of The Office in its later seasons, Parks and Recreation never stopped being an amazing show. Even in its final seventh season, it was one of the best comedies on television.

Parks and Recreation attempted a very interesting direction for its final season as well, after NBC announced that the show would be ending this year. After Season Six concluded with a small time jump to 2017, Season Seven continued with this direction, with the remainder of the show taking place in 2017, and making jumps even further in the future with flash-forwards during the series finale. It was unorthodox, but it was nonetheless a great way for the show to have its individual leads find their ideal futures, while also giving an effectively meta way for the show’s devout fans to say goodbye to its fictional burg of Pawnee. 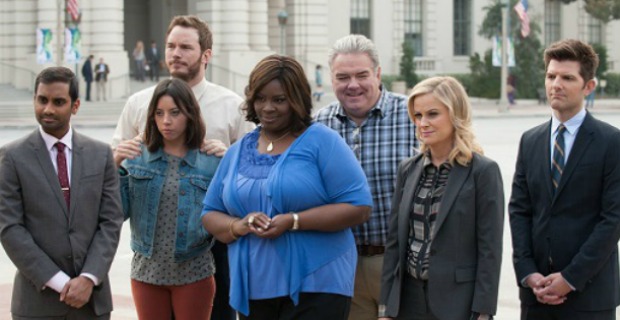 There wasn’t any episode of the final season that disappointed either. The show’s penultimate episode had to rush a bit to set up for the series finale, but that’s pretty minor. Every episode in Season Seven was a winner, and proved to be the perfect send-off to such a great series. Again, while many shows often suffer when a network declares a wrap-up, Parks and Recreation took it in stride, not lamenting on what could have been with another season or two, but instead celebrating how far it came against all odds, despite its constant struggle in the ratings.

NBC also attempted the interesting strategy of airing two episodes back-to-back during the show’s new Tuesday night timeslot for the final season, rather than just one on Thursday night, as before. While this might have stank a bit of the network wanting to hasten the show off of their schedule, as did its return as a mid-season offering for its final episodes, it nonetheless gave fans twice as much Parks and Recreation goodness every week, and that’s certainly not a bad thing. Only wedding episode, “Donna & Joe” and the hour-long series finale, “One Last Ride” had the day to themselves.

With the jump to 2017, we saw a lot of big events, perhaps more than any season in the show’s previous history. We saw Donna get married, as I mentioned, we saw Leslie and Ben find amazing new jobs in Washington, we saw Ron start his own company, we saw Andy become a kids’ show icon, and, hell, we even saw Jerry/Larry/Terry/Barry/Garry become mayor! The fact that the show ended with Garry finally being called by his proper name was nicely gratifying as well, and it was cool to see his character find a happy ending, despite the hilariously undeserved abuse that he’s taken throughout the show. Still, the reveal in his flash-forward for the series finale that his name is spelt wrong on his tombstone felt oddly fitting.

The only characters that got short-changed a little more in the final season were Tom and April, with the show seeming to forget about Tom for entire episodes at a time, while April’s existential crisis just wasn’t that interesting. April’s arc did at least lead somewhere good, particularly after she and Andy finally become parents in their series finale flash-forward, and the fact that they moved with Ben and Leslie to Washington felt cool as well. For its early portions though, April suddenly deciding out of nowhere that she hated her job was a bit tedious. Yes, April masks her emotions at the best of times, but given that she’s spent much of the show blowing off work, it felt like a heel-turn to suddenly have her self-assured demeanour turn to panicky and unfulfilled.

Tom however, was a bit worse off. It’s likely that Aziz Ansari was probably very busy by the show’s seventh season, given his rising career as a stand-up comedian (his heavy slew of Netflix specials are a real testament to that!), but it was disappointing to see the final season set up a promising hunt for Tom’s true love, and then barely do anything with it. The show just threw Tom with Lucy seemingly at random, and while it was great to see Tom find love in the end, the return to Lucy felt a bit contrived. Yes, Lucy was probably one of the best people that Tom ever dated anyway, but the circumstances that brought these two together didn’t feel very natural. That said, Tom struggling to find the perfect proposal for Lucy in the penultimate episode, complete with an over-the-top stunt video, was very funny.

In fact, that was a place where Season Seven never, ever faltered; The actual humour. Parks and Recreation continued to bring its comedic A-game to every episode in the final season. The show remained outstanding at playing with audience expectations, and of course being as quotable as ever. “The Johnny Karate Super Awesome Musical Explosion” show was a particular highlight for the jokes, with the entire episode playing out as Andy’s final “Johnny Karate” episode, complete with mishaps left and right. “Ron and Jammy”, the second episode of the final season, was also quite exceptional, as it gave us our final conflict with Councilman Jamm and Tammy Two, also being a nice carryover from Season Six.

While there were some disappointing absences, just about every denizen of Pawnee got at least one outstanding comedic bow to cap off their time in the ridiculous town as well. This was best displayed during the highly emotional and effective series finale, which gave individual flash-forwards to even some minor supporting characters like Jean-Ralphio and Typhoon. It was also appreciated that Rashida Jones and Rob Lowe made an appearance for the finale, which led to an onslaught of Ann nicknames by Leslie, and a welcome reunion between Ben and Chris. For the handful of you that care, Paul Schneider didn’t return as early series regular, Mark Brendanawicz, but that’s alright. He’s been gone too long to make any impact for the finale.

All in all, the final season of Parks and Recreation couldn’t possibly have been done better. Even with two episodes a week, a mid-season return, and a shortened 13-episode run for the final season, Parks and Recreation made a graceful and confident exit, still at the top of its game. This proved to be an outstanding showcase of why the show is one of the best comedies in television history, and why it’s also sadly underrated. It’s very sad to see it go, which the show directly addressed with some neat meta scripts for certain episodes, but if it’s going to go, it should go with a smile. Parks and Recreation didn’t limply try to drag itself out, or bitch and moan about its end. Instead, it celebrated its time on the air, and its seemingly impossible stretch to seven seasons.

So, I say again, happy trails, Pawnee! Thanks again for the memories. We’ll all miss you.

Parks and Recreation: The Final Season Revew
Parks and Recreation exited on a high note with its final seventh season, which was packed with outstanding, quotable comedy, exceptional guest stars, and very clever stories that eased fans through a heartwarming finale.
THE GOOD STUFF
THE NOT-SO-GOOD STUFF
2015-03-11
95%Overall Score
Reader Rating: (0 Votes)
0%