A big hitter from DC’s occult arm was introduced in Constantine this week, Felix Faust. Faust, played by Breaking Bad’s Mark Margolis in a guest role, starts making trouble when he tries to increase his own power by stealing the souls from living bodies, one of the victims being Chas’ daughter, Geraldine. This not only gave us an opportunity to introduce one of the most beloved DC occult villains to the show, but also gave us a welcome episode that finally goes into Chas’ backstory, including how he has cheated death so many times throughout the series so far.

The big explanation for where Chas’ apparent immortality comes from is simultaneously underwhelming and strangely gratifying. Turns out, Constantine, while the two were drinking in a crowded bar one night, drunkenly cast a supposedly impossible enchantment on Chas in case he decided to drive home, believing it would protect him from death. Turns out, the spell worked a little too well, as it was pioneered by Merlin in the days of King Arthur and the Knights of the Round Table, which would transfer the lives of fallen lesser knights to one of Arthur’s 12 knight captains, in the event that one of the Knights of the Round Table died in battle with his soldiers. Since Chas fails to escape a nightclub fire, along with 47 other victims, Chas has 47 souls transferred inside of him, which allows him to die almost fifty times, and continually be resurrected soon afterward. 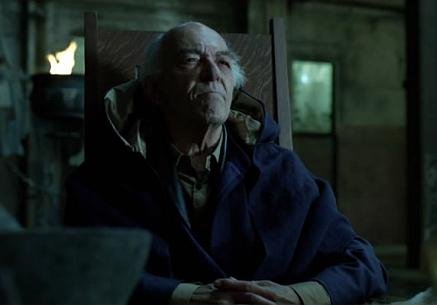 So, apparently, Chas isn’t actually immortal, but is simply making use of borrowed souls that now empower him, due to a drunken self-made challenge by Constantine. Even the fact that the cause seems so mundane works really well, since Constantine has proven to be rather reckless with the dark arts on several occasions, and the fact that Chas has extinguished a fallen soul every time he’s had to exploit his inability to die to bail out Constantine and his friends, gives the show a lot of added dramatic weight that it didn’t have before.

Less successfully executed however was Chas’ family, namely his ex-wife, Renee. Chas’ daughter, Geraldine is a mere plot device, and that’s fair enough, but Renee seemed way too hostile towards Constantine, and especially Chas. I could understand if Constantine was responsible for Faust’s villainy, but he wasn’t, at all. The threat would have happened even if Constantine and Chas were on the other side of the country, and Renee should show a little more gratitude that she has any chance at all of getting her daughter back, regardless of Chas being estranged from her or whatever. It made the character come off as nasty, and it took away from the pathos that came with Chas having to leave his family to travel with Constantine, since Renee being unpleasant made that decision look a lot easier. 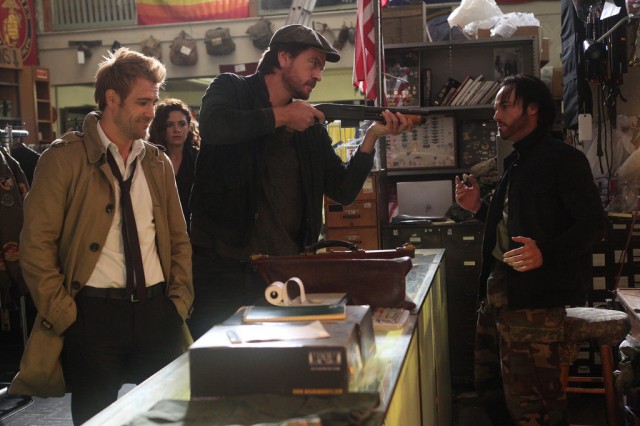 Regardless, when Faust is discovered to be behind the wave of comatose, soul-snatching victims, Constantine strikes a deal with him, agreeing to hunt a particular demon with Zed in return for the soul of Chas’ daughter. The quick demon interlude is hasty and a little thankless, and it might as well have happened off-screen, but naturally, Faust tries to pull a fast one after Constantine and Chas return, leaving Zed with Renee. Faust tries to change the deal, but Chas exploits the offering of his remaining thirty-two souls to trick Faust into a bargain that allows Chas to blow the two of them up with a grenade, appearing to send Faust to Hell, and leaving Chas to recover his own soul.

This may imply that Chas’ immortality is gone, but regardless, he survived the encounter, made peace with Renee (who conveniently shows up just in time to see Chas being the hero this week and taking down Faust), and all was well, with Geraldine and the other victims back to their old selves. Some DC fans may feel that Faust was defeated a little too easily, but given the character’s apparent immortality, and tendency to cheat death even when the entire Justice League is against him, it’s probable that he’ll be back at some point, should Constantine get the renewal that so many of its fans crave. 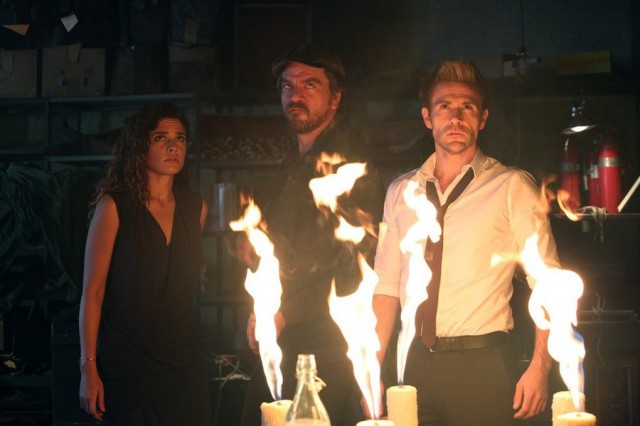 Centering an episode on Chas felt satisfying, and while the character spent most of the episode sitting behind a table and making threats, it was awesome to see Felix Faust on the show. The episode wasn’t the big showstopper that some fans of Faust in DC Comics might have been hoping for, but it was still quite a good offering. The show continues to make a great case for a renewal, and as it enters its last few episodes for Season One, it seems like its chances are still getting better for generating enough demand for Season Two.

Constantine 1.10: "Quid Pro Quo" Review
Constantine introduced an awesome DC villain this week, and finally delved into Chas' backstory for the first time, making another strong case for why the show must go on past Season One.
THE GOOD STUFF
THE NOT-SO-GOOD STUFF
2015-01-25
84%Overall Score
Reader Rating: (2 Votes)
81%