The Marvel Cinematic Universe has just welcomed a new villain! David Tennant has been cast as the first confirmed villain for upcoming Netflix series, A.K.A. Jessica Jones, Purple Man. It would seem that Tennant’s Purple Man will be one of the key antagonists of the series. 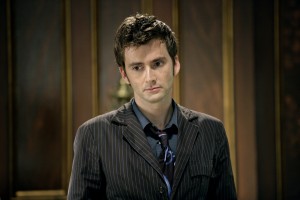 Purple Man, born Zebediah Killgrave, originated primarily as an enemy of Daredevil, a hero who will be getting his own Netflix series this April, before more recently becoming a recurring foe of both Jessica Jones and Luke Cage in Marvel Comics canon. A former international spy that ended up being doused in strange chemicals that permanently stained his skin purple, Killgrave gained the ability to influence people’s decision-making, along with being able to quickly heal injuries, and thus adopted the criminal mantle of Purple Man.

The press release simply refers to the character as, “Kilgrave” (with one “L” in this case), so he may not be actively referred to as, “Purple Man” in A.K.A. Jessica Jones, also suggesting that Kilgrave may not be Purple Man right away in the series, gaining his abilities past his initial appearance. He’s also confirmed to have a past connection to Krysten Ritter’s Jessica Jones on the show, during her time as a superhero, with his re-appearance sending ripples through her life.

David Tennant is most celebrated for his fan-favourite ‘Tenth Doctor’ incarnation on ultra-beloved BBC sci-fi series, Doctor Who, where he was voted the best Doctor character in the show’s native U.K. He also briefly appeared in the movie adaptation of Harry Potter and the Goblet of Fire as minor villain, Barty Crouch Jr.

A.K.A. Jessica Jones is expected to debut on Netflix either late this year, or early next year.

Keep retiring to Eggplante for all news and updates on A.K.A. Jessica Jones, and the Marvel Cinematic Universe at large.