Ethan Hunt’s next mission is going to be accepted significantly earlier! 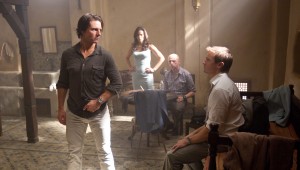 Paramount’s upcoming (and still formally untitled) fifth Mission: Impossible movie, originally scheduled to open on December 25th, 2015, has been moved up several months. It will now release on July 31st, 2015. This marks the second high-profile 2015 blockbuster to see a significant shift to an earlier date, moving from Fall/Winter to Summer, rather than the more common delay. The first was Marvel Studios’ Ant-Man, which was originally set for this November, before later being moved to, ironically, July 31st, 2015, before Marvel moved the movie up again, settling on a final date of July 17th, 2015.

The fifth Mission: Impossible movie, which still hasn’t had any plot details revealed, now shares the date with three other movies; A remake of action-thriller, Point Break, original sci-fi thriller, Selfless, and sports drama, Southpaw. Despite the crowded date, Paramount moving their high-profile action blockbuster up to July 31st is believed to be an attempt to capitalize on the ultra-successful blockbuster timing of Marvel’s massive hit, Guardians of the Galaxy from last year, originally the most domestically profitable blockbuster of 2014, before it was just barely edged out by The Hunger Games: Mockingjay – Part 1. It is also apparently an attempt to avoid the fifth Mission: Impossible movie being overshadowed by the enormous buzz around this year’s new James Bond flick, Spectre, which is scheduled to debut in November for the Americas, and is bound to have a lengthy theatrical run, potentially cutting into the sales of Paramount’s new Mission: Impossible offering during the lucrative Holiday movie season. 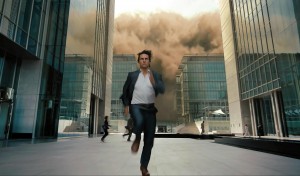 Paramount has moved their upcoming animated movie, Monster Trucks from May 29th to December 25th, taking the place of the fifth Mission: Impossible movie. This seems like a pretty obvious move, since Paramount’s animation studio is newly formed, making their debut this February with SpongeBob Squarepants: Sponge Out of Water, a live-action/CGI hybrid movie, and family audiences tend to flock en masse to child-friendly offerings over the Christmas break. This would also move Monster Trucks away from Pixar’s high-profile new offering, Inside Out, which will premiere on June 19th, likely maximizing the profit potential of Monster Trucks in turn.

Keep targeting Eggplante for all news and updates on the fifth Mission: Impossible movie, and other major Paramount blockbusters.