NOTE: Be advised of a major Arrow spoiler involving a character’s death from the third season premiere in this article.

During the heavy press rounds for The CW out of the TCA this past January, specifically in regards to their super-successful DC Comics-inspired shows, Arrow and The Flash, it was teased that a new live-action spin-off was being planned, on top of the animated spin-off coming this Fall that will star DC heroine, Vixen. Now, we may have a better idea of what exactly DC and The CW are working on. 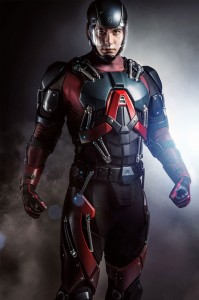 Deadline is reporting that the spin-off may not in fact star a single character, and may actually involve an ensemble of DC heroes! This unofficial ‘Justice League’ of the DC Television Universe is said to incorporate Brandon Routh’s Atom, currently featured on Arrow, and Victor Garber’s Firestorm (strangely, the other half of Firestorm, Robbie Amell wasn’t mentioned), currently featured on The Flash. Most interestingly, Caity Lotz is also preparing for the planned series, despite her character, former Black Canary, Sara Lance, being killed off at the start of Arrow’s current third season. Yet another point of interest is that Wentworth Miller’s Captain Cold, a major villain of the Scarlet Speedster on The Flash, will be featured on the series, though likely in a guest role.

It’s also claimed that three DC heroes which have never before been featured on live-action television will be a part of the show. The report doesn’t name them however, and it’s probable that the finalized roster hasn’t been decided. Despite this however, The CW is apparently planning the series for the next 2015/2016 television season, where it will so far join confirmed new seasons of Arrow and The Flash, along with the return of new self-contained DC series, Gotham on FOX, and CBS’s all-new DC series, Supergirl, which is currently in the casting phase. 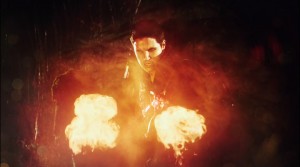 This series hasn’t yet been officially green-lit by the sound of things, though if it were, it would no doubt go straight-to-series, given that it’s another spin-off of The CW’s two top-rated shows, Arrow and The Flash. It could be a strategy to spotlight DC’s B-list and C-list heroes in the television space, perhaps with a rotating roster of lesser DC characters, while the major DC heroes such as Superman, Batman and Wonder Woman, are spotlighted in the separate DC Cinematic Universe at the movies. Obviously, The Flash would be an exception to this plan, as the character is planned for both television and movies, with separate incarnations played by separate actors.

What do you think of the idea of a DC ensemble spin-off for The CW’s DC Television Universe? Would you prefer a more focused spin-off centered on one hero, or do you like the idea of many lesser DC heroes making the rounds to keep fleshing out the TV universe with more established DC heroes and villains? As usual, your comments are welcome below.

Keep flying to Eggplante for all news and updates on DC’s television projects.