NOTE: This episode of Constantine aired during a previous week, though our regular television reporter was indisposed at the time of airing.

NOTE 2: Full spoilers for this episode of Constantine are present in this review

As Constantine awaits a potential renewal notice with NBC, we end the truncated first season with “Waiting for the Man”, a strong episode overall that leaves the door open for more, and will no doubt stoke the fire of fans hoping for a second season.

The key theme of the episode is great as well, as Constantine himself eloquently states that the worst evil is human evil. This centers from the villain-of-the-week, a Satanist child murderer who is attempting to tap into a dark power by kidnapping and sacrificing young girls. Naturally, Constantine and Zed are on the case after a young runaway girl is kidnapped, though not Chas strangely enough, who irritatingly doesn’t appear at all in this season finale.

This is actually a story arc loosely adapted from the Hellblazer source comics, called, “The Man.” It takes liberties, but in the space of an hour-long episode, it’s done very well. The kidnapped girl is no longer Constantine’s niece, although she is still tapped by the three ghosts of The Man’s former victims, and this time, Jim Corrigan is incorporated. Don’t get too excited though, Spectre fans. Despite Zed’s continued visions, Corrigan is still alive at the end of the episode, and even shares a kiss with Zed, much to Constantine’s jealousy. On every count, Corrigan’s material will just leave fans of the show wanting so much more.

That wasn’t even the best turnout of the episode however. The Brujeria showed up again in a big way (despite still not actually being properly glimpsed on-screen), once again blamed for the ever-present threat of the Rising Darkness. They place a bounty on Constantine’s head, which ends up gaining the attention of Papa Midnite. As we’ve seen Midnite and Constantine as shaky allies before on the series, it was awesome to see what happens when Midnite is out for blood, and their relationship changes to them being bitter enemies, to this extreme.

Surprisingly, the episode, while busy, avoids the sense of feeling convoluted. It no doubt has to cram in several story arcs to make sure that the season wraps on the proper note, but it’s a testmaent to the writers that everything flowed so well. Even having Papa Midnite and Jim Corrigan felt natural, and every character got a great chance to shine in the hunt for The Man. 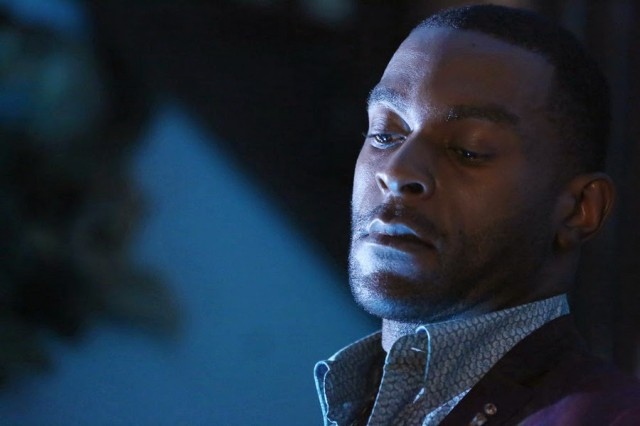 No character shone more than Manny however, who had the biggest twist of all this episode. In a maddening cliffhanger ending, Manny reveals that he was the one who placed the bounty on Constantine’s head, and that the Brujeria work for him. Yikes. What a note to end the season on! As the prophecy stated, someone close to Constantine betrayed him, and Constantine does not yet know. Yet more reasons to cross our fingers for a second season, and see how that brilliant twist plays out!

When the day is saved, The Man is killed (in an enjoyably cold moment by Jim Corrigan), the girl is returned to her mother, and all is said and done, it’s easy to feel a lack of closure. Perhaps that’s the point. The show only continues to gain momentum as it wraps its first season, and leaves the door open for no shortage of possibilities. The Brujeria have not been stopped. The Rising Darkness is stronger than ever. Manny is a traitor. Jim Corrigan still hasn’t become The Spectre. Zed’s family is still active. There are far too many loose ends remaining, but perhaps that simply means that the showrunners refuse to give up on Constantine, and they shouldn’t! 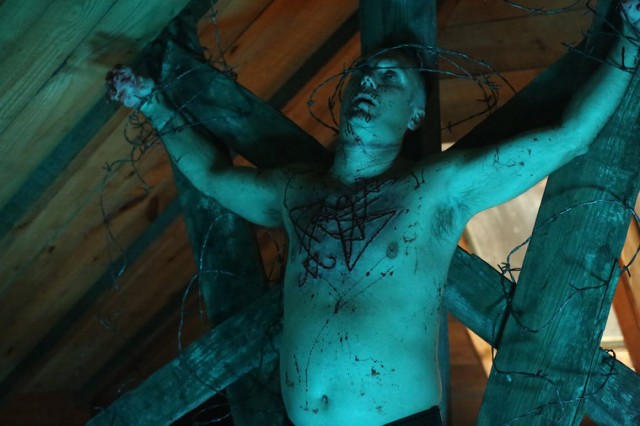 “Waiting for the Man” was a busy, but thoroughly satisfying episode of Constantine that capped off the first season on a very healthy note, albeit one with a frustrating lack of resolution, and an equally frustrating cliffhanger ending. This should further motivate fans to pray for the show’s return, or at least its shift to another network if NBC opts not to renew it, but even putting that aside, this universe continues to beg for expansion with its immensely appealing occult drama.

Constantine 1.13: "Waiting for the Man" Review
Constantine capped off its first season with a busy, but very enjoyable episode that mashed together several equally effective storylines, and left a cliffhanger that demands more to come.
THE GOOD STUFF
THE NOT-SO-GOOD STUFF
2015-02-26
85%Overall Score
Reader Rating: (1 Vote)
85%