Those eagerly awaiting a chance to duke it out in Mortal Kombat X became quite curious when the game’s most recent trailer, revealing playable new builds of series favourites, Sonya Blade and Johnny Cage, appeared to completely omit listings for Xbox 360 and PlayStation 3. An altered Amazon listing also created some cause for concern among those who pre-ordered the last-gen versions of the upcoming fighter. Now, Warner Bros. has given confirmation of what many have suspected; Mortal Kombat X will not make its previously scheduled launch date on last-gen consoles. 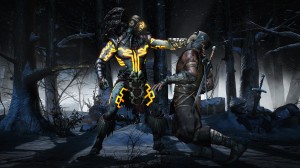 This is still better than an outright cancellation, since Warner Bros. ended up cancelling the planned Xbox 360 and PlayStation 3 ports of both Dying Light and Mad Max midway through development, though for those who haven’t yet upgraded their console, this news may come as quite the disappointment. Mortal Kombat X is now expected to come to Xbox 360 and PlayStation 3 some time this Summer. Warner Bros. also confirmed that Netherrealm Studios is actually not developing the last-gen console ports either, which have instead been outsourced to High Voltage Studios.

Warner Bros. did try to soften the blow of this news by revealing the first guest fighter for the game, Friday the 13th movie horror icon, Jason Voorhees, who can be accessed in the Kombat Pack DLC, and is given free to those who bought a Kollector’s Edition, Premium Edition or Limited Edition copy. Mortal Kombat 4 veterans, Kenshi and Shinnok were also confirmed to be playable fighters in Mortal Kombat X by way of this same DLC announcement. 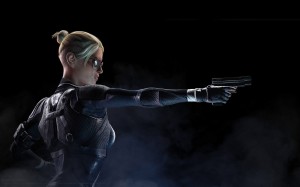 Warner Bros. goes on to stress that the next-gen PlayStation 4, Xbox One and PC versions of Mortal Kombat X are unaffected by this delay, and are still planned to release on schedule on April 14th. If you’ve already pre-ordered the game, you’ll get day-one access to an exclusive bonus fighter, longtime legacy antagonist, Goro in your copy of Mortal Kombat X.

Keep brutalizing Eggplante for all news and updates on the Mortal Kombat series.