Vana’Diel is about to shed a considerable chunk of its population. Square Enix has announced that the PlayStation 2 and Xbox 360 ports of the long-running MMORPG, Final Fantasy XI Online are being shut down. Fortunately, players have plenty of warning, as these console ports won’t actually be taken offline until March 2016. When that time comes however, your game discs will sadly become coasters. 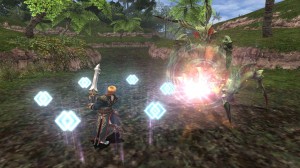 Fortunately, Final Fantasy XI Online, which originally launched in 2003, will remain active on PC for the foreseeable future. The game will also be enjoying a huge multi-chapter event, “Rhapsodies of Vana’Diel”, on all platforms, to lead into the closure for console players, with the first chapter gunning for May, the second for August, and the third for November. In celebration of the game’s thirteen years of support, another event, “The Goddess’s Gala” , will go live soon as well, which allows veterans to re-live former scenarios that were especially well-received.

To replace the console versions, Square Enix has announced that Final Fantasy XI Online will head to mobile platforms next year. This new version of the game will be called Final Fantasy XI Mobile, and is confirmed for Japan, North America and Europe alike. Not many details have surfaced about the new mobile port, but it will no doubt allow you to play the celebrated MMORPG on the go in some fashion. In addition, Japan will be getting another mobile game next year, Final Fantasy Grandmasters, which is an entirely original experience set in Final Fantasy XI Online’s world of Vana’Diel. So far, this game hasn’t been confirmed for release in the West. 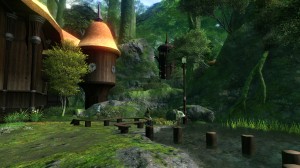 Keep questing to Eggplante for all news and updates on Final Fantasy.